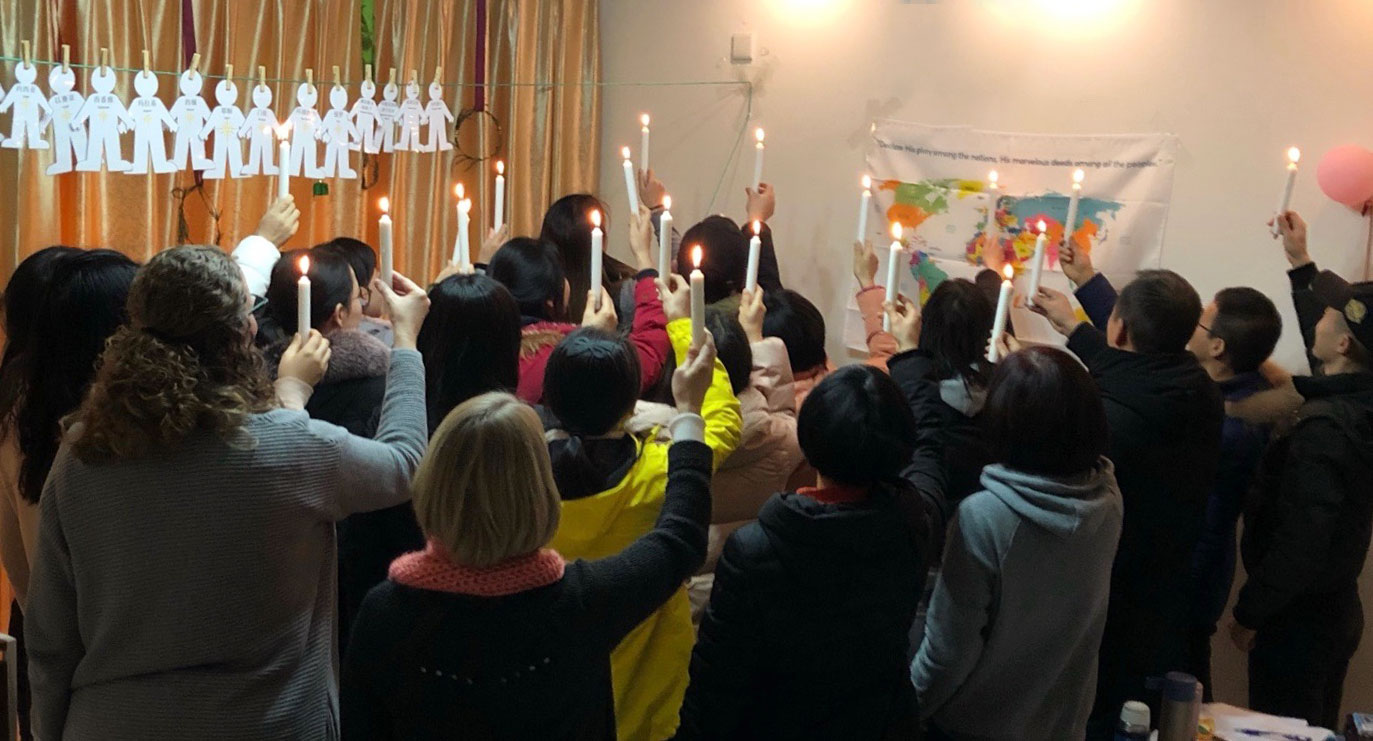 It was Weave’s very first BIG Story Training in East Asia. We were escorted into a private building, where participants would stay for four days. If anyone left, it could put the entire group in danger. Despite the circumstances, the room of participants was not full of fear, but rather full of anticipation. Little did we know that in less than a year, God would exceed our expectations. As families and church leaders went through the BIG Story Training and began to see the global purposes that God had for them, a spark was lit within the hearts of several participants. In one case, that spark would fan into a flame of passion and purpose that would impact many. That spark would begin with a couple, Warren* and Emily*, obediently inviting an overwhelmed young mother to a training. And that’s when the flame began to grow.

Warren and Emily sat in the back corner of the very first BIG Story training. Each day, tears would fill Emily’s eyes as she listened. After the training, Emily approached the team and expressed how she and Warren pastored a church in another city, and they had a desire to help their congregation understand God’s desire to be known among the nations. She also explained her passion to help families find their role in God’s story. She said that she had not known how to do that before, but that the BIG Story Training had given her everything she needed.

The spark grew brighter as Warren and Emily took their next step. They invited the trainers to their city, and went on to host the second BIG Story Training in their country. Yet again, the room was filled with anticipation for this second training. A timeline hung on the wall displaying characters of God’s big story throughout the Bible. Participants discussed and prayed together as they learned about the 2.7 billion people still unreached with the gospel. They wept and prayed for unreached people to come to know the light of Jesus, and their eyes were opened to the truth that God has blessed each of their families with the purpose of blessing the nations.

Amidst all of the excitement and anticipation, the training also came with its own unique set of difficulties. In fact, the hosts received a knock at the door from the police mid training, and our trainers had to hide in a closet until the security risk was resolved. Even amidst this challenge, something was happening in the hearts of the attendees. In one participant in particular, Sarah*, God was moving in a way that the team would not know about until many months later.

While her husband was excited about the opportunity to uproot the families’ lives and move to a totally new culture, Sarah was apprehensive.

As Sarah* sat through this training, she knew that God’s call on her life to go to the unreached was not something new. She and her husband had heard and answered God’s call, and they were already making plans to move to a specific unreached people group in the northwest of their country. Sarah and her husband were parenting two young boys under the age of five, and while her husband was excited about the opportunity to uproot the families’ lives and move to a totally new culture, Sarah was apprehensive.

Sarah felt overwhelmed with taking care of her children, and she did not understand why God would call them to the unreached in this particular season of life. She felt that motherhood had quenched the flame in her heart to go to the unreached. How could she and her husband go when they were busy with the everyday tasks of parenthood?

Two candles would reveal to Sarah exactly why God had called them to the unreached in this particular season of life.

As the trainers held up a short, partially used candle and a tall, unused candle, they asked the audience which one they would buy if the electricity were to go out. Without hesitation, the audience chose the taller candle. They knew that, even though it would cost more, the tall, unused candle would burn longer in the darkness. They then explained that both candles represented people who understood God’s mission and can be a light burning in the darkness.

Sarah finally understood that the call to go to the unreached was not just for her and her husband, but that her children had a part to play in God’s story as well. The call to share with the nations was also for them. Being a parent did not have to quench the fire that God had placed in her heart for the unreached, but instead, intentional parenting could fan that desire into a flame that fueled the love of God for others in the hearts of her children as well.

As Sarah, her husband, and her children shine their light among the unreached, our Weave team is thankful. We are thankful for the way that God lit a spark in Emily and Warren’s hearts that would eventually set fire and light Sarah’s heart aflame with passion for her family’s role in God’s story.

As our training continues to grow across East Asia, we pray for more families like Sarah’s. We pray that many families (including their children) will see that God wants to spark a flame that shines His light in the darkness.