The Cycle Continues: Persecution in China Increases, the Church Grows 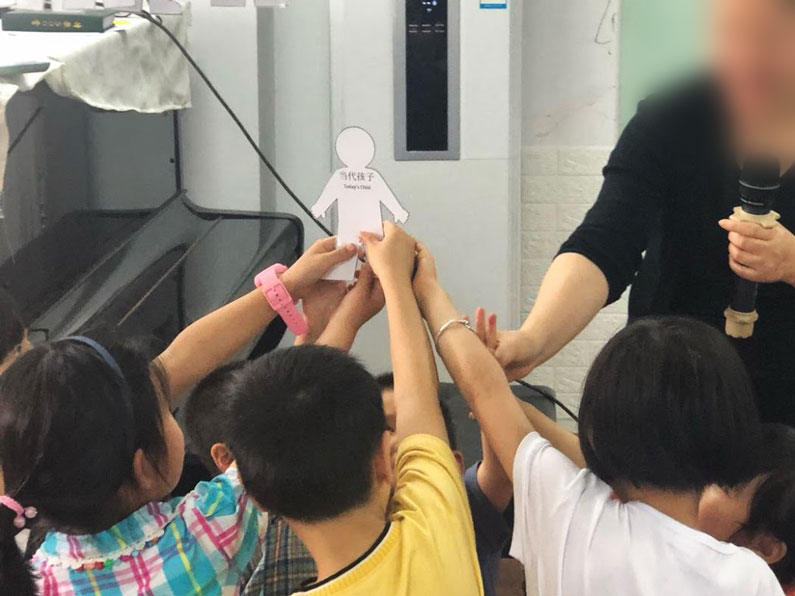 We were having an incredible few days of training with nearly 45 believers who were hungry to learn, despite the past year of intensified persecution permeating the Chinese church. We were feeling confident and thankful going into our final session of the Weave training, thinking we had managed to have another event without incident. As the participants were sharing what they felt the Lord was calling them to for their next steps, that’s when it happened…the unexpected knock on the door.

My heart quickened and my palms immediately began to sweat as we all awaited the reality that stood outside, waiting for us to answer. The woman at the door said she was “looking for someone,” so the pastor of the church that was hosting us stepped out into the hallway to speak with her.

While he was out of the room, the participants quickly motioned for my co-worker Melissa and me to go hide in a storage closet. They immediately began putting all materials away, taking down things we had hung on the walls, and hiding our computers and notes. A few minutes later they brought us our phones so we could delete any incriminating material. Melissa and I kept looking at each other like we couldn’t believe this was actually happening.

We would try to pray, but we could not find the words in the midst of the chaos happening inside our own hearts. In those moments I understood Romans 8:26 in a very real way, needing to rely fully on the Holy Spirit to intercede for us when we couldn’t form the words ourselves. Though we only spent about 10-15 minutes waiting inside that closet, it felt like an eternity…

We later found out that the woman was a community officer (Chinese law enforcement), but by God’s grace she left while we were there, and we were able to finish the training with no further hindrances. However, the community officers have since returned to the church and insisted on entering the apartment (Chinese house churches must be secretly held in rented-out spaces or apartments). They took photos of everyone and everything there. And now, that church is facing the reality that they will no longer have a place to meet when their lease is up in June, and they could face even greater persecution in the weeks and months to come.

Nevertheless, despite such a difficult season of persecution of the church here this year, we are seeing tremendous growth and faith among our local Chinese friends. Due to the heightened security, however, we have had to think differently in how we approach each opportunity. In so many ways, we feel like we are flying blind and must rely on our local friends to guide us as we make decisions about what to do, where to do it, and how many people we have participate.

But through all of these obstacles and the possible persecution that is knocking on so many doors, I have been so encouraged to see such deep desires of parents to engage their children in being active participants in God’s desire to make His name known among the nations. There have also been many church leaders joining us who are excited to be able to support the parents in their communities as they disciple their children in light of this mission.

I think this whole experience has given me a deeper appreciation for all that our local friends are risking. Just having us as foreigners participate in meetings like these raises the risk considerably. But even apart from that, every day these Chinese believers live out their walk with the Lord, they are at risk of being questioned, threatened, or even imprisoned by the authorities.

Every day these Chinese believers live out their walk with the Lord, they are at risk of being questioned, threatened, or even imprisoned by the authorities.

For Melissa and me, our hearts were pounding inside our chests, and by the end we were both physically shaking. I am sure there was anxiety that some of our Chinese brothers and sisters felt for their own safety, but what showed above all else was their concern for us! And this was even considered a minor incident, nothing compared to the hours of interrogation we know some of our friends have recently experienced. This is so very sobering!

I am excited about all the Lord is doing; people are begging us for this training on how to mobilize their families into finding their roles in God’s story. It feels like there is a movement growing among the families around the country, and it is both thrilling and overwhelming to me all at the same time! We continue to believe God has us here for this time in history, and we will continue to walk in that as long as we can.

We are being wise in how we live and minister, but just as we have seen countless Chinese families persevere in their faith, we too refuse to shrink back and allow the enemy to win. God is moving not in spite of the persecution… He is moving through the persecution, and instead of cowering from the weight of adversity, Chinese Christians are growing, flourishing, and desiring for Jesus’ fame to spread beyond their own borders. We do it all for His glory that is being spread among the nations!