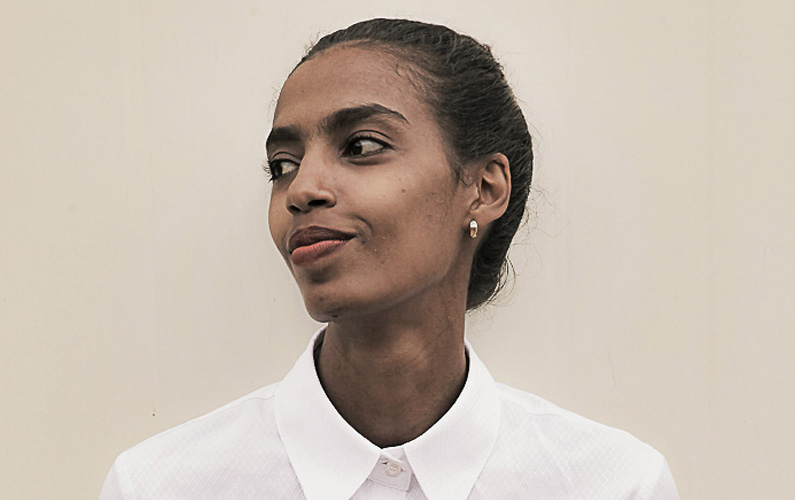 How a young African woman is moving past the cultural and societal expectations of women for the sake of The Great Commission.

We sit across the table from one another on the terrace of the coffee shop. It’s a warm day, but she is wearing a winter coat over a t-shirt. Nairobi is often cold in the morning, overcast and gloomy during the rainy season, but never fails to become almost intolerably hot during the day. She has just arrived via matatu (Kenya’s infamous public buses) and we are delighted to be together.

I first met Elise almost three years ago during my first visit to Kenya. We both were attending a missions conference and Elise sought me out during the Kenyan tea break. I was struck by her kindness and tangible compassion. Whenever Elise enters a space, she brings a certain energy with her. She walks lightly, graceful in her small frame. She speaks quickly, articulately, and laughs with ease. Alice radiates joy, never allowing negativity and the ugly parts of the world to become heavy within her.

Elise lives and works in Garissa, a city in eastern Kenya, roughly 100 kilometers from Dadaab where refugees and asylum seekers from broader East Africa and the Horn of Africa live amongst the four UNHCR camps in the area. Elise describes Garissa as a harsh land: dusty, hot, and unforgiving, with the local language and people resembling the hard landscape. Although Garissa is within Kenyan borders, its inhabitants are primarily Somali Muslims. Contrasted with Kenya’s predominantly Christian demographic, this land has a distant and strained quality to it. War, famine and violence have sent these Somali’s here. Elise navigates the environment she lives in with enormous grace. She possesses a keen understanding of the ethnic, cultural, and linguistic differences which make her an ideal mission worker.

In 2015, al-Shabaab gunmen forced their way onto the campus of Garissa University, ending the lives of 148 people, a horrific event which lingers in the minds of Kenyans to this day. Near the end of 2018, just weeks before Elise moved to Garissa, al-Shabaab militants ambushed a bus traveling to the city and killed two people who refused to recite Shahada, the Islamic declaration of faith. These events in combination with the poor environment, cultural differences, religious disparity, and even hostile neighbors, one might wonder why a young, single, five-foot-two woman would willingly move to such a place.

Her answer is simple: “I am propelled by love.”

She is not only propelled but empowered by the love of Christ. Elise is quick to point out that the quality of love she aims to give is not transactional. Due to Jesus’ love, Alice is able to love others abundantly, with a willful refusal to let her love be hindered by the expectation of return. “Even if they make problems for me every day,” she adds while grinning.

Elise’s love for the Somali Muslims and her commitment to seeing them reached with the hope of the Gospel was kindled by an experience in a mosque on Kenyatta University’s campus. After several months of a CMM field worker mentoring her in God’s heart for the nations, she then was invited to learn more about Islam by attending Friday prayers at the local mosque. Elise was initially skeptical, even fearful, to set foot inside a place that was in direct opposition to the truth of the Gospel. That decision to go took strength and boldness. It took her giving God a simple “yes” and trusting that He would lead her.

Elise left the mosque with three things. First, she left having encountered a community of people in desperate need of the hope of Jesus. The “lost” were no longer an abstract concept; they had come to life as she watched Muslims prostrate and offer empty prayers to Allah. Secondly, she left with a newly awakened passion to see them met with the salvation they were living without. Lastly, she left with new strength to follow Jesus and take the next steps in obedience towards living out her specific role in God’s mission.

Elise now possessed an earnest resolve to make Christ known among the very people she previously feared, no matter what it might personally cost her.

Giving God that simple yes drew Elise out of a place of fearing Muslims and into a new way of seeing them. Shaped by that experience at the mosque, Elise now possessed an earnest resolve to make Christ known among the very people she previously feared, no matter what it might personally cost her. She soon went to live among the very people she had feared and now calls Somali Muslims her neighbors.

Elise has faced already opposition to her views on mission. Growing up in Kenya, there are certain traditions and expectations placed on children, especially girls. You must get an education. You have to get married to leave a legacy. Motherhood is the greatest honor for a woman and a way to honor her parents. “Having kids is not entirely bad, but trying to please society is simply not possible. If you have two children, then they want four,” she says. In her community, wifehood and motherhood are linked to success and the fulfillment of unspoken obligations owed to the family. Elise expressed to me that she finds these endless expectations exhausting and unattainable. She wants to encourage her fellow women to release themselves from familial and societal expectations which, in her experience, often suppressing women’s role in The Great Commission. This suppression comes at the high price of sidelining God’s daughters in His mission to reconcile every tribe, tongue, and nation to Himself.

Elise wants to introduce a new narrative, a broader lens as to what single women are capable of, especially with regard to mission work. She craves to offer new perspectives and fresh ways of thinking about the role of single women on the mission field.

Elise wants to introduce a new narrative, a broader lens as to what single women are capable of, especially with regard to mission work. She craves to offer new perspectives and fresh ways of thinking about the role of single women in the church and on the mission field. With her example and legacy, she hopes to reshape the expectations that have been placed on Christian women in the African context. Elise’s refuses for her life to be mapped by unspoken societal norms; her life should only be characterized by the simple yet powerful practice of saying yes to the King and Lord of her life.

A few things she wants others to know? “Women are resilient, competent individuals created by God whose thoughts and ideas are a gift to the world. Women are capable of innovation and have the ability to break free from the limitations of traditional roles and methods demanded by their native cultures”. Elise believes her life does not need to be mapped by unspoken societal norms in order to impact her world for the name of Jesus. Her life need only be characterized by the simple yet powerful practice of saying yes to the King and Lord of her life.

This is Elise’s greatest hope for her generation. She is eager to forge a new path of faith and risks in order to see this accomplished. She confesses that change will be difficult, especially in a place where traditional gender roles are deeply entrenched in Kenyan society. Those who come to the table must come with a willingness to listen, a teachable spirit, and mutual respect. When I asked her how she might counsel other single women who long to share the gospel cross-culturally but are confronted with cultural expectations, she offered this piece of advice: “Don’t let anyone make you believe the lie that you can’t be used or that you can’t pursue your calling unless you’re married, or, that you can’t run off to a war zone because you need to stay close to the dating pool. Someone once told me that the majority of missionaries in the world are singles and eighty percent of those single people are women. That means you as a woman carry most of the global mission’s workforce. Let that sink in”

She fully recognizes the unique challenges single women face moving toward the mission field: sexism, discrimination, harassment, and often, crippling loneliness. However, Elise demonstrates her determination not to let her passion for the unreached be compromised because of societal pressures to earn money, get married, and have children. “Not that any of these things are bad – I do want to get marriage and a family!” she remarks. “But the thing that brings me the most joy is that I am walking in my calling on my own. It feels good to know that I have my own dreams that I am chasing; missions is what I want to do with my life. If God wills a man to find me, we will find each other going in the same direction. It is not me turning back from what God placed in my heart because others demand I find a husband and settle down.”

Elise wakes up each morning with a purpose and sets out from her house to represent Jesus and his love in the midst of a community least-reached with the gospel. She has chosen Garissa as her field. She fights for the opportunity to live and work there despite significant barriers to live in a place she knows God has planted her in.

“If I can do this, I believe anyone can.”

——————
*Not only has Elise faced great adversity in her journey to saying yes to a life on mission and in specifically moving to Garissa, she has now recently been met with heartbreaking loss. In September of 2019, Elise tragically lost her younger sister due to medical complications. Despite having to face the passing of a beloved family member, she wants people to know that in the midst of complete brokenness there is still hope even in the darkest of places.
Elise still lives in Garissa, moving back after just two months since the passing of her sister, and continues to live boldly and serve that community faithfully. Please pray for Elise, as well as countless other African women like her, who are taking up their cross to follow their Savior, no matter the cost.