The Legacy of Lausanne 1974

A dying man lay unconscious on a makeshift bed in the middle of his tiny living room in a modest house in Pasadena, California. Seated across the room was a middle-aged hospice worker who felt sure this would be another lonely assignment where she would be the only person present to comfort this 84 year old mans’ transition from this life to the next. She was mentally recounting how many poor souls she had watched breath their last who had no family, no friends, not one single human being who even cared enough to say their goodbyes.

But for some strange reason this patient was different. To her amazement, this bald, shriveled up man who couldn’t talk or even open his eyes had a week long procession of all kinds of people coming morning, noon, and night to pay their respects. I could tell she was trying to sort it all out in her mind, but one evening, after another round of important people had paraded through, she finally blurted out “Who is this man?” With a slight smile, I thought to myself, “If she only knew…” 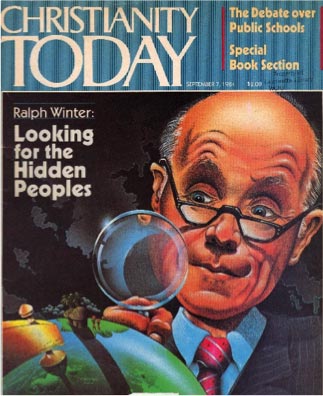 Ralph D. Winter passed into eternity at 8:46pm May 20, 2009. Personally, I never called him “Ralph”, always “Dr. Winter”—out of pure respect. He was one of Time Magazines 25 Most Influential Evangelicals. Christianity Today featured him on a September 1984 issue, appearing as an egghead scientist peering through his magnifying glass trying to discover new hidden peoples in some remote place on the planet.

I always liked to rib Dr. Winter about how history would remember him. One day I pulled my Evangelical Dictionary of World Missions out and with tongue firmly planted in cheek, said, “Let’s just flip through this book. Surprise! What a coincidence, you’re in here Dr. Winter. Let’s see what they have to say. ‘Ralph Winter: one of the most innovative missiological thinkers of the 20th century.’” “So?” he emphatically responded with a shrug of the shoulders. “So?” I repeated back at him. “So who is going to take your place? Who is going to pick up the baton and run with it once your gone? You’re ir-replaceable!”

In his final hours, laying there struggling to breath, I found myself alone next to his bed. Feeling privileged, I took the opportunity to lean down and whisper in his ear: “Dr. Winter, I don’t know if you can hear me, but I am one of your disciples. God has used you to impact my life. I want to be one of the men who takes the baton from you and carries on to finish the job God implanted in your heart—and mine.”

But there are hundreds more like me out there. Next generation leaders like Steve Hawthorne, Bruce Koch, Greg Parsons, Bill Taylor, David Bryant, Bob Blincoe, Greg Livingstone—the list goes on. And of course his own son in laws: Darrell Dorr, Todd Johnson, Brad Gill, and Tim Lewis—all four lifelong mission leaders permanently impacted by their renowned father in law. The wake of influence Dr. Winter left behind was enormous and can only be measured by God Himself. At his packed out memorial service at Lake Avenue Church John Piper, Rick Warren, and a host of other high profile Christian leaders took their 10 minutes at the podium to share the impact Dr. Winter had on their own lives and ministries.

We could spend pages highlighting his impressive degrees, writings, and ministry accomplishments, or his starting of world-changing schools, agencies, and programs. We could zero in on any one of a multitude of brilliant break-through ideas Dr. Winter produced during his lifetime to bring spiritual and physical solutions to a lost and dying mankind. But this year, in 2014, we want to turn the spotlight on a single concept he quietly and humbly shared exactly 40 years ago—that literally changed the world as we knew it. 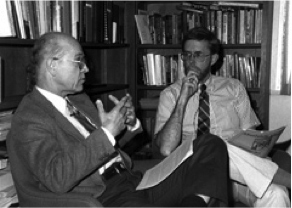 In July of 1974 Billy Graham invited 2,300 Christian leaders from 150 countries to Lausanne, Switzerland for the Congress of World Evangelization. He asked Ralph Winter, a soft spoken and little known faculty member from the new Fuller School of World Missions to present a paper entitled: “The Highest Priority: Cross-Cultural Evangelism”. The name of the talk he gave may sound rather dull and boring, but the immediate and dramatic results of it were anything but. In his address, Winter punctured the commonly held belief among mission agencies that cross-cultural evangelistic efforts were no longer needed because the gospel had entered every political country.

Trained as an engineer at Cal Tech, Winter presented an array of graphs and statistics to prove there were still 2.5 billion people cut off from receiving the Gospel in their own language and cultural context. He challenged the delegates to look at the world differently, not as 220+ countries, but as tens of thousands of unique ethnicities called “people groups”. Then the mild-mannered professor issued an impassioned plea to urgently pursue a newer and truer form of “cross-cultural evangelism” among these unreached peoples who had absolutely no access to the Church, Scriptures, or Gospel. 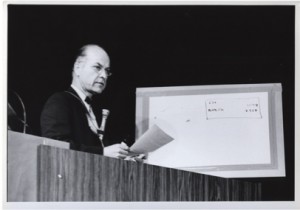 Almost overnight his short presentation became a watershed moment for world missions. Many, including Pastor John Piper, believe it changed the global strategies of mission agencies forever. “His vision of the advance of the gospel was breathtaking,” writes Piper. His influence was “globally seismic in the transformation of missions.” Speaking of Lausanne ’74, Pastor Rick Warren added, “Ralph Winter engineered a revolution and it changed all of us. No one would ever look at the world again the same after that. It influenced an entire generation.”

Dr. Winter was no mere theorist though. He set out to put action to his words and mobilize an army of World Christians to finish his newly defined version of finishing Global Evangelization. With only $100 in his pocket he left his tenured position at Fuller, negotiated a loan and purchased an entire campus formerly used as a Nazarene College, transforming it into the U.S. Center for World Mission and William Carey International University. It became a missiological think tank, a beehive of Kingdom-expanding activity, attracting zealous young mobilizers as well as retiring missionaries coming off the field. Numerous organizations like Frontiers and Caleb Project opened offices there on campus, establishing it as a “pentagon” of mission related agencies all pulling together with a common urgency to see “A Church for Every People Group by the Year 2000.” The worldwide and lifechanging course “Perspectives on the World Christian Movement” got started during this time and continues to grow and influence each generation of believers.

Well, 40 years after that huge missiological break through, where do we stand today? Have we made any progress? Were Dr. Winter’s words and actions in vain? All it takes is a glance at the websites or publications of the world’s largest mission agencies: International Mission Board, Assembly of God World Mission, YWAM, New Tribes Mission, SIM, Cru, Pioneers, and others to see they have adopted this people group strategy.

David Taylor, senior editor of the Global Mission Database, surmised, “The last 40 years have seen more Muslims, Buddhists and Hindus come to know Christ than in all previous centuries combined. Dozens of church-planting movements have been initiated among the world’s major unreached megapeoples (those over one million in population), where just two decades before the ground had remained untilled for literally centuries. In the last decade, missionary deployment among unreached peoples has increased at a rapid pace, effectively doubling the number of missionaries among the least-reached. In 1980, the ratio of missionaries to Muslims was one per million. It is now only one per hundred-thousand.” (source)

So…who is this man? If Rick Warren had been there that night as the hospice worker made her startling inquiry, he might have repeated what he shared at Dr. Winter’s funeral, “He was the only guy who thinks bigger than me. He was a mile a minute thinker; one of the most creative people I’ve ever met.  He lived Acts 13:36. It’s the epithet of this great man: ‘David served the purposes of God in his generation then he died.’  He served that which lasts forever. What is the legacy of Ralph Winter?  It is not the institutions.  It is not the publishing.  It is not even the great speeches.  It’s people, like me. That’s his legacy.”

Learn more about the legacy of Ralph Winter: “Remembering A Life Will-Lived”