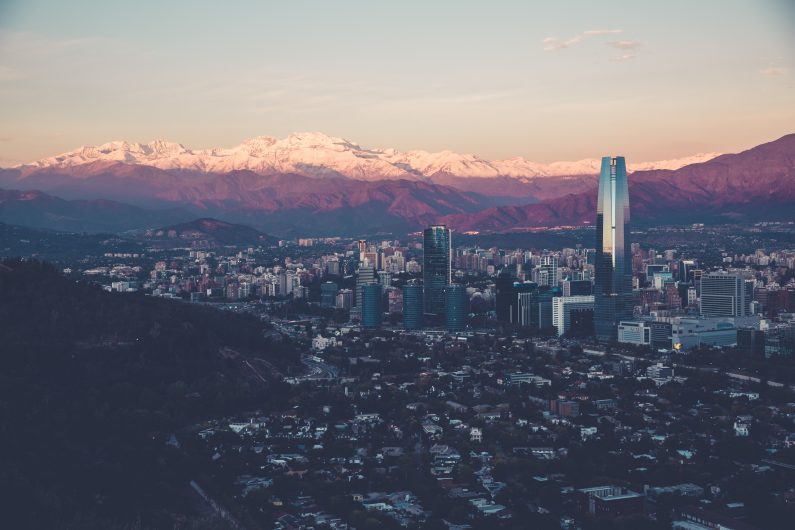 Lima, Peru has become a city with great mission influence throughout Latin America. We are seeing mission momentum build through partnerships established in Lima that are now multiplying across the continent. God has opened doors for us to mobilize Christians into God’s mission in Mexico, Peru, Argentina, Brazil, Chile, Honduras, and Cuba. We recently saw the eyes of many believers opened in Santiago, Chile, through an Xplore study hosted by a CMM partner described below. Xplore has now been translated into Spanish and can be downloaded for free.

Last night we brought to completion a seven-week adventure of exploring God’s Word, God’s world, and God’s work through the Xplore study with a small group of leaders from our local church in Santiago, Chile. We were simply prompted by the fact that we had the material and the time this summer to study through it, and people who were willing and hungry to learn more alongside us.

When we asked our dear friends if they were interested in meeting weekly with us to learn more about God’s heart for the nations and how they too could participate in the Great Commission in their own context of life and ministry, they said yes! As we dove into this study, we immediately began to be challenged by God in all that we were learning, and we were surprised to see how God was speaking to our friends as well. I recall one of them saying that they did not feel any interest in “missions” or of becoming a missionary in any way, shape, or form. As the weeks went by, we started to notice a change in not just this young man, but in the others in our group as well.

They had never seen Scripture this way, nor had they ever fully understood God’s heart for the nations and how they too could be involved in God’s mission before this.

They began to use texts of the Bible to share God’s heart for the nations and also terms like “pioneer missions” in their everyday conversations. On week seven, we spent time sharing with each other what we felt that God most impressed on each one of us. All of them shared that they had never seen Scripture this way, nor had they ever fully understood God’s heart for the nations and how they too could be involved in God’s mission before this. They were confronted with the reality that almost half of the world still does not have the Gospel, and that Jesus explicitly commands for all believers to be a part of bringing His Good News to the ends of the earth… all meaning themselves as well. We concluded that not only were we interested in being involved ourselves in God’s mission, but we also wanted to help others also catch the vision for reaching the unreached through praying, sending, welcoming, going, and mobilizing.

As we have continued in relationship with one another after the conclusion of the Xplore study, we are seeing firsthand how these believers are persistently seeking the will of God for their lives, with specifically how they might serve overseas in the near future. This group of leaders are currently reaching out to bring the gospel to people in their community through a ministry called Impactando Vidas, and are also planning a trip outside of the country, possibly into the 10/40 window.

This amazing change in our friends has encouraged us to continue hosting these small groups with new people as they are doing the same in their homes with their friends as well. We have purchased 50 more books and started our next group in Santiago this past April. Our plans are to also visit the different regions of Chile with our missions department to hold weekend intensives using this material. We strongly believe that this is only the beginning of a great move of God to awaken the passion for missions in Chile, and to see our brothers and sisters get involved in reaching the unreached in the unique ways that God is calling each of them to participate.

Then he opened their minds so they could understand the Scriptures. He told them, “This is what is written: The Messiah will suffer and rise from the dead on the third day, and repentance for the forgiveness of sins will be preached in his name to all nations, beginning at Jerusalem.”