On Mission Where You Are Planted 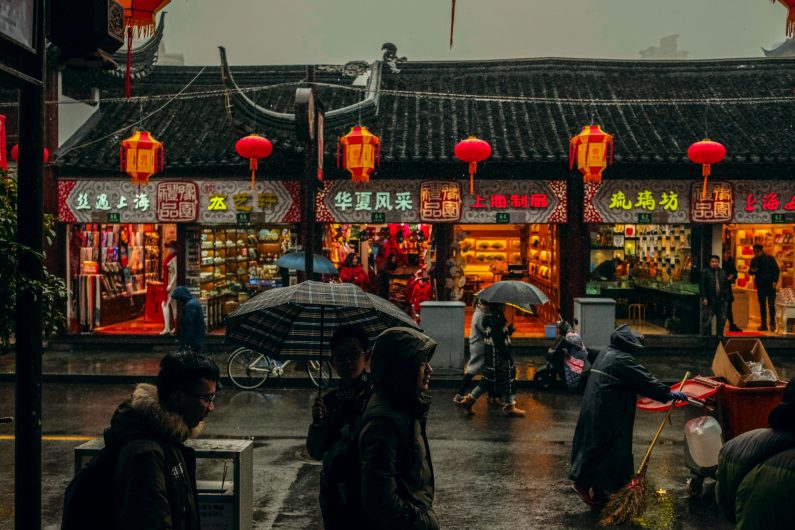 On a gray and foggy winter day in China, I sit in my apartment with my friend Daisy. We chat together and she shares with me about her life and her current studies. I met Daisy last year when we began the Xplore study together. I was drawn to her. She was an intelligent, brave, and curious woman who yearned to know more of God and His heart and was willing to share what she learned with others. Since that Xplore study, she has led one group of friends from her university through the study. She helped lead her church congregation through the biblical basis of missions this past summer. She is the epitome of a mobilizer and someone who is a pleasure to work alongside!

Daisy currently studies law and is processing more of how God is inviting her (and all believers) into furthering His kingdom. She deeply desires to serve in a cross-cultural setting among Muslim people groups. Daisy happens to be Chinese ethnic minority herself and attends a university specifically for minorities. Her roommates and classmates are from all over China, most of them from unreached people groups. She recognizes her position in life right now as an opportunity to share Jesus’ love with those around her, and she does not take this lightly.

She recognizes her position in life right now as an opportunity to share Jesus’ love with those around her, and she does not take this lightly.

One of her roommates is from an extremely persecuted minority group. Although Daisy and her roommate do not share the same beliefs, they have a bond because they both are ethnic minorities and can understand the hardships in each other’s lives.

During our time together, Daisy shared with me that she feels like she is called to go as a missionary to a Muslim area. I was ecstatic! I could not think of anyone more strategic. However, resources for Chinese missionaries are limited and simply hard to find; therefore, I suggested we continue working together to find out more information so that she can be sent well.

For weeks we met together to pray over different Muslim people groups within and surrounding China. We also spend time studying Muslim beliefs and culture. After a couple of our meetings, she invited her friend Randy to join us. He is also an ethnic minority believer who is gaining vision for mission and has a passion for sharing the love of Jesus with Muslims. Daisy started sharing Xplore with him, and now the three of us are studying Islam together and praying for those in the Islamic faith.

Daisy’s story is a simple but extraordinary one. She is a picture of the obedience and faith that God calls us all toward. Daisy does not wait to follow God and what He commands; she simply does it.

Daisy’s story is a simple but extraordinary one. She is a picture of the obedience and faith that God calls us all toward. Daisy does not wait to follow God and what He commands; she simply does it. People may think that mission happens somewhere far away, and that there is nothing for us to do here and now. How untrue! Even though Daisy may go to a new country and culture in the near future, she sees this season of life as critical too. She welcomes those who are different from her and provides space for them to share their struggles. In that space, she is able to comfort them with the love of Christ.

Daisy spends time praying for those who are in unreached places, including those right here in China. She sees the potential within the local church and works to inform those in her fellowship of God’s heart for the world and ways they can be involved. She shares what she has learned with them in order to see more people living out a World Christian lifestyle. Her desire for herself and for others is that—no matter where they are living or what they are doing in the world—they are leveraging their time and resources to see God glorified among all nations.

Following God’s call to reach the nations doesn’t just look like going as a cross-cultural worker. Sometimes it means faithfully living where you are and finding opportunities to mobilize those around you. I pray that more believers like Daisy rise up throughout the nations who are ready to welcome, pray, and mobilize where right where they are planted.