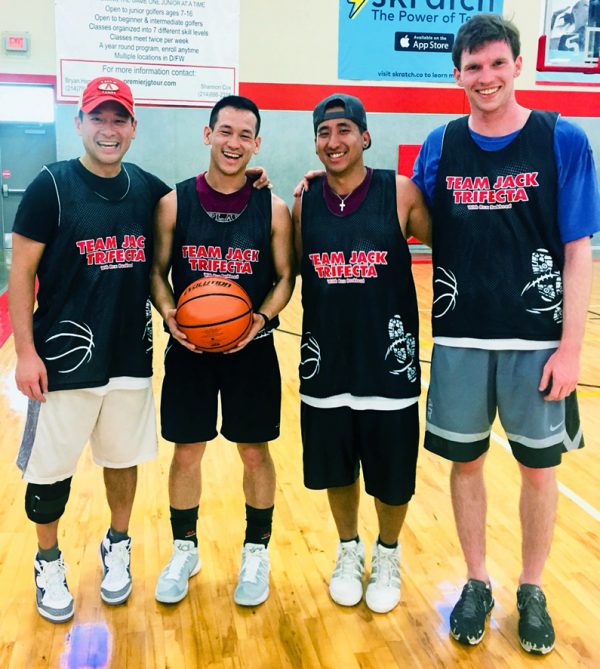 John, a senior at Texas A&M University, recently shared these compelling words about how God has been shaping his heart for the nations throughout his college years. CMM mobilizer, Chris, had known John for years, and invited him to go through the Xplore study. Doing this study together served as the catalyst for a much longer, deeper discipleship relationship.

“John is always responsive to challenges,” said Chris. “I don’t have to invite him twice.”

When Chris challenged John to begin taking small steps to implement what he learned in Xplore, he responded by starting conversations with his international classmates. He also invited a friend to join the Xplore study with him and Chris. As Chris was mobilizing John, John was mobilizing his friend!

John began to see that God was positioning people around him in everyday life for a purpose. He regularly played basketball at the rec center with international students, but had never before seen it as a potential ministry. He began to see those games as an opportunity to meet those who had never before heard the gospel. God began positioning John in places where he’d have more open doors to befriend people with whom he normally would not cross paths. John began to volunteer to teach English to internationals in the community weekly.

“The God of the universe was pushing me somewhere, and I didn’t even realize it,” he said.

As graduation nears for John, it’s evident he’s begun to see his college years as more than preparation for a career in engineering.

“Thinking about my degree as a means by which to promulgate the Good News has given me a new hope for the future,” he says. “There are ways to leverage the seemingly endless exams, hastily wrapped sandwiches eaten between classes, and long hours of head-slamming for the good of God’s Kingdom. We are not wasting our time; our time here is strategic.”

John says he will leave college with at least five ways to continue engaging in fulfilling the Great Commission: mobilizing, welcoming, praying, giving, and going.

“Mobilization has become a lifestyle for John, not just a college experience,” shares Chris.

Join us in praying for more students like John to embrace God’s plan to redeem the nations, and His plan to use them to do it!