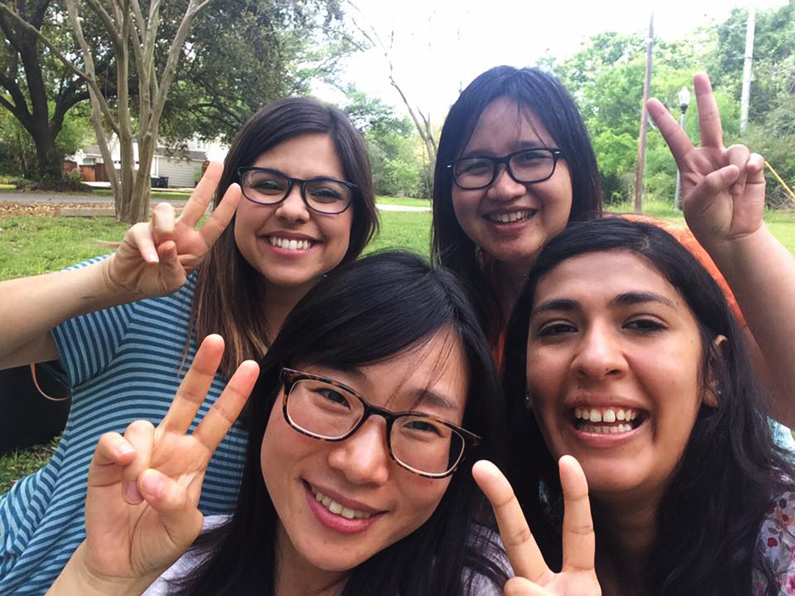 Nearly 800,000 international students study in the U.S. each year, and more than half of them come from countries in the 10/40 Window with limited to no access to the gospel. While this represents a significant opportunity for evangelism to the unreached without even leaving our cities, there are also students who are already following Jesus when they arrive in the U.S. This creates an entirely new opportunity for mission mobilization.

This is exactly what happened in our College Station, Texas, team recently. CMM mobilizer Tori met Lyly when they were paired as conversation partners. Lyly is from Indonesia, home to the largest population of Muslims in the world. She lives in College Station while her husband is attending school there. While Lyly had already been following Jesus, she had never been taught that she has a role to play in the Great Commission. After Tori invited her to an Xplore study, she began to realize Jesus commands His followers to make disciples of all nations and that He had given an her incredible opportunity to share the gospel and make disciples of her fellow international students in College Station.

College Station is home to 7,000 international students like Lyly and her husband. Most of them are from countries where people are born, live and die without ever hearing of Jesus. It has been evident to our team that God positions people to seek and find Him, just as Acts 17:26-27 tells us. We believe He has purposefully positioned His sheep from unreached parts of the world in university towns, with Christ followers who will tell them of the Good Shepherd.

As their relationship began to grow, Tori began realizing Lyly is a mobilizer at heart. She has a passion for connecting people to the global story of God—people like Barby. Barby is a believer from Argentina who was also living in College Station with her husband. Lyly felt Barby would benefit from the Xplore study that she had gone through with Tori. Soon, the three of them had formed another Xplore group with several other women.

“My Wednesdays are the best when we are together!” Barby shared. “We pray for the nations and every ethnicity, explore the heart of God for missions, and we encourage each other through The Word! United States, South Korea, Indonesia, and Argentina! We are one in Christ Jesus!”

Barby has since returned to Argentina, where she and her husband are working to mobilize their home church, especially in the area of welcoming internationals. She desires to see the Lord use the lessons from Xplore to mobilize believers in the same way she was mobilized.

Lyly remains in College Station where God has expanded her influence even further through more connections with international women. She is now holding Bible studies with women from various faith backgrounds, including Thai, Chinese, and Korean women.

We believe that believers like Barby and Lyly throughout Asia, Africa and Latin America are being mobilized to take up the baton of missions in numbers never before seen. It is a joy for our College Station team to be involved in international ministry—not just sharing the gospel with the unreached, but also mobilizing believers from around the world.