From Nigeria to the nations: How one teacher is touching the world 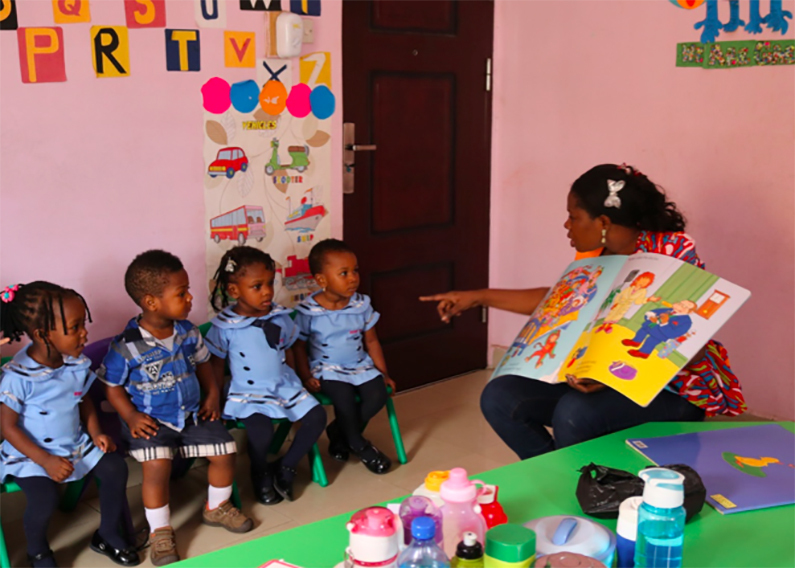 Elizabeth lives in southeastern Nigeria. Her passion for educating children led her to start a private preschool and primary school in her city. Elizabeth also has a heart for peoples of the world who have no access to the good news of Jesus. She has always known that God had a role for her to play in reaching the unreached, but did not feel called to be a cross-cultural goer in the conventional sense. How could she get actively involved in reaching those who have not heard of Jesus?

When Elizabeth heard that Weave’s BIG Story Training would be held in her city, she registered all the teachers in her school. As they learned about discipling children in God’s mission, it was obvious to Elizabeth that she had found something she was looking for. What would this look like in her context?

The next school term, she added some interesting programs to the school calendar. One of these was “Nations Day” where all the kids were asked to dress in the attire of other nations. Elizabeth chose to emphasize countries with high concentrations of unreached people groups. During class, the students were taught about these countries and asked to get attire. In the process, their parents were also introduced to these countries.

Elizabeth went beyond introducing the students to customs of other cultures. She also explained that some people have committed their lives to telling these nations about Jesus. She then gave the students an assignment. They were asked to write letters to people who work in or among others cultures to tell other kids about Jesus. Of course, many of these letters were written by parents on behalf of their young children. These letters, filled with heartfelt encouragement and prayer, were mailed out to global workers across the world.

These intentional steps have led to a very high engagement of both children and their parents with cross-cultural workers. At the school, they now have a special week called “Touch The World” when students write letters, bring gifts for cross-cultural workers, and donate supplies to be sent to kids living in areas without access to the gospel. Participation is increasing with every opportunity, and more kids and parents are learning about the nations.

Elizabeth is expanding her vision even further. Her school is formalizing a partnership with a missionary primary school in a French-speaking unreached village in Chad. This may open up two possibilities: 1) Sending kids from Elizabeth’s school to visit villages in Chad through an exchange program and 2) Sending Elizabeth’s teachers on a temporary secondment to the missionary school where they can be actively involved in cross-cultural going. Now Elizabeth is praying about multiplication, hoping to pass on her ideas to other schools in her city.

Our partnership with Elizabeth and her husband, David, began in 2016 when our Weave team traveled to Nigeria to train pastors, local mobilizers, parents and children’s leaders. This Nigerian school teacher does not fit the profile of a conventional goer. She has not even left her city. Yet God is using her to connect teachers, children, and their parents to the nations.

Elizabeth’s story reflects our team’s vision: “Weave awakens families to God’s global story and empowers them to join with Him in blessing all the nations of the earth.”Elizabeth has invited God to use her as His vessel right where she is. She is actively “touching the world” from her home and classroom in southeastern Nigeria, multiplying the vision in her sphere of influence, and and creating a legacy that will continue for generations to come.