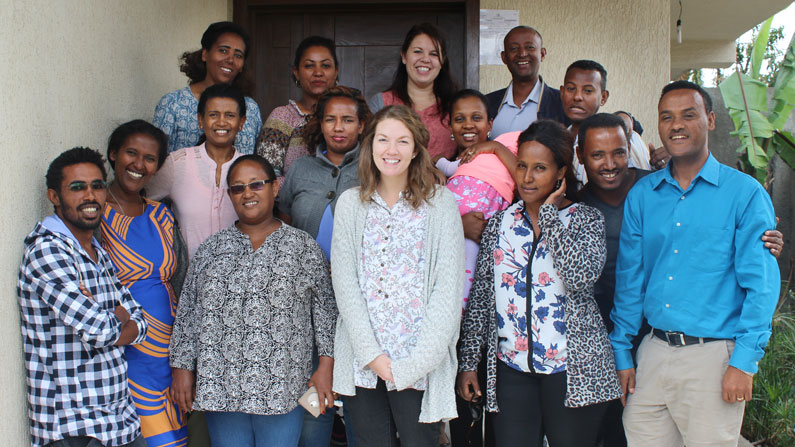 There is no bigger advocate for discipling families in Africa to embrace the Great Commission than Tariku, CMM global affiliate from Ethiopia. As the executive director of Horn of Africa Evangelical Mission Engagers, Tariku knows that to have a sustainable mission movement to the unreached, we must reach families.

To empower and train families in living out the Great Commission, our family mobilization ministry, Weave, launched The BIG Story Training in Ethiopia three years ago. Since then, it has been embraced and championed by key mobilization partners like Tariku. Of the eight BIG Story Trainings held in Ethiopia since 2014, six of them have been led by Ethiopian trainers. Earlier this year, Tariku reported that the Amharic translation of the training was complete and had been distributed to 15 trainers from two key regions of the country.

Tariku sees The BIG Story Training as a core piece of his organization’s mobilization strategy. He shared with us, “In light of Africa being the youngest continent, and because of the strategic place family and children have in building missional culture, our organization is taking The BIG Story Training as our top mobilization tool of igniting mission movements for the decades ahead.”

God has used this mobilization tool to cast vision across the nation of Ethiopia for the role families can play in the Great Commission. Tariku and the Weave team celebrate Ethiopian families like Shemel’s. After attending a BIG Story Training, Shemel and his family began embracing the habits of a World Christian family. The father of two daughters, Shemel and his family continue to pray daily for the unreached, as well as for major world events and disasters, by placing their hands on a world map. Shemel and his oldest daughter have also been intentional in getting to know their Muslim neighbors and sharing the love of Jesus with them. Shemel’s family is just one example of the practical ways families can reach the unreached right from their homes!