When the unreached are your neighbors… and friends 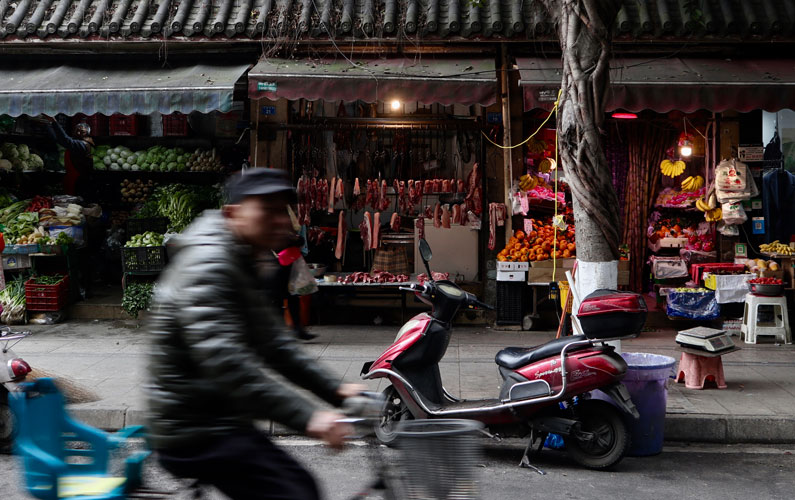 Though my friend Nina had heard the 1 Samuel 17 story of David and Goliath countless times, she was blown away to learn the deeper truths of this particular passage for the first time. We were in the middle of our weekly Xplore study when it all seemed to click in Nina’s mind. We read verses 46 and 47 that said, “All the earth may know that there is a God in Israel, and that all this assembly may know that the LORD saves not with sword and spear… (emphasis added),” and from that point on, Nina’s eyes were opened to God’s overarching purpose of redemption for the whole world.

God clearly displayed his desire and purpose for David’s defeat of Goliath: so that His name may be worshipped by all the earth. Nina shared that she always had been taught that the importance of the story of David and Goliath, however, was only to teach that God is bigger than the giants you face. She had no idea that the original intent was so that God would receive glory from all peoples, until she read this particular passage herself with a fresh perspective.

Nina is a third-generation Christian in China, which is very rare. China has been under communist rule for many decades; therefore, the majority of the population is classified as “unreligious.” Her grandparents have incredible stories of God displaying his power through healing and miracles, but the idea of God was somewhat mundane to Nina as she was raised in a Christian family. When she began university a few years ago, she had the mindset that many young adults do: she was excited to be on her own and discover things for herself.

When she made the move to a new city for school, she was amazed by what she learned about God and his passionate pursuit of her and all the people of the earth. She also became a member of a church in the city that has a burden to reach the unreached people groups within their province.

During one of her summer holidays, she joined the church in volunteering with some camps for children from minority people groups in China. Nina, a Han Chinese, had always been taught by society that these minority people were “savages” and less than Han.

Nina had grown up in a family of believers who had always attended church and had always heard about Christ, but now she was interacting with people from a whole society who have no idea who Jesus is.

But as Nina spent time with the children and teenagers, God revealed to her the truth of His heart for them… and then, they started to become her dear friends. As her relationships deepened, she realized that they were remarkably similar to her, but also different in an important, but heartbreaking, way: they had no Christians among them. Nina had grown up in a family of believers who had always attended church and had always heard about Christ, but now she was interacting with people from a whole society who have no idea who Jesus is.

After the summer camps ended, Nina’s interest had been sparked in ministry among minority groups, but she didn’t quite know how to pursue it because no one else around her was either. She returned to her university that Fall, knowing that God had a greater purpose for her but not quite sure what exactly that purpose was.

A couple of months later, Nina was in my living room. My roommates and I were having a Thanksgiving party and told all of our friends to invite anyone they wanted. I had the chance to briefly get to know Nina, and we planned to get dinner the following week. At dinner, we were sharing about what we feel like God is asking of our lives at the moment.

Nina responded, “I told God if He wants me to move to Africa to be a missionary, I will! But He hasn’t told me to do that yet.”

I truly admired her willingness and eager spirit to understand more of what God wants for her. I invited her to join me in an Xplore study with hopes that spending time in Scripture and practicing World Christian habits would help her to know what God has for her right now in life and how she can already have a part in spreading His Kingdom.

As the weeks passed and we continued our study, I was amazed by Nina’s faithfulness not only to our study group but also to the Lord’s heart in general. She was so excited to be learning about God’s Word and how He displays his deepest desire: to be known and worshipped by every tribe, tongue, and nation. We spent time praying for unreached people groups within China and other parts of the world. Nina was consistently amazed that there were so many unreached within China, because believe it or not, she was raised in a Chinese Christian bubble!

As Nina gets closer to graduating from university, she is excited to keep learning about God’s world and to continue seeking His desires for her life. I pray that she has the boldness to step into the things in which he has called her, whether it is moving to Africa or living in China and inviting other believers to engage with and share the Gospel with the unreached among them.

There are many more Christians like Nina not only in China but also around the world. Stories like Nina’s are why mobilization is so important. The work of mobilizing is to go to people who already know and love Jesus and point them to people who don’t.

The Chinese church is the largest in the world (about 100 million Christians). If just .1% of them could be mobilized to pray for the unreached, welcome the minorities in their cities, send workers, or go to unreached places themselves, it would be the largest missions movement in history! Pray with us that Nina and thousands more like her will continue to count the cost and see Jesus as worth saying yes to, even to the ends of the earth.