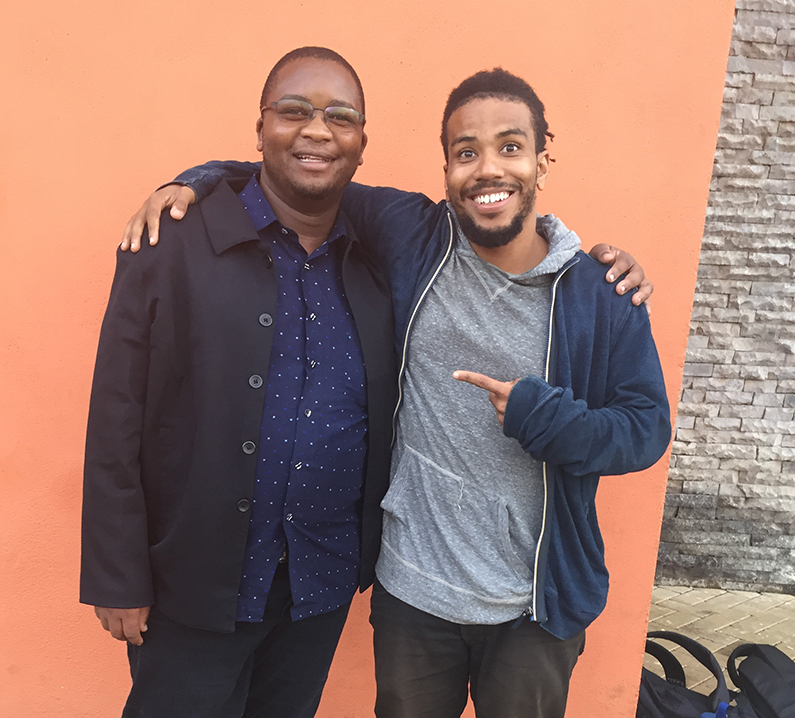 When we first arrived in Kenya and got settled as a mobilization field team, Thomas Omenta became one of our first friends. When I think of Thomas’s story and his missional journey, I am reminded of when Jesus began His ministry and called some of His first disciples.

“And Jesus said to them, ‘Follow me, and I will make you fishers of men.’ Immediately they left their nets and followed Him” (Matthew 4:19-20).

Thomas was one of the first people we took through the Xplore study, and he even invited some of his friends to go through it with us. Together, we learned about God’s heart to redeem all peoples and how He invites all believers to play a role in this global purpose.

As we were finishing up the study, it appeared that Thomas was already in his most strategic role. His interest seemed to be in growing the local church where he served, and less in world missions. Thomas was serving God in mighty ways in his church and at his university, and he didn’t need our help. Eventually, we began to focus on meeting and discipling other students.

But earlier this year, Thomas contacted me. Although it had been nearly two years since we last met, he shared how our relationship through the Xplore study had, in fact, deeply impacted his life. He explained he now reads and teaches the Bible differently, and that God has given him a heart for the unreached. He quit his job as a pastor and is now the East African Assistant Director of a mission organization here in Africa. After Thomas heard the call for missions, he immediately “left his net” to follow Jesus to the ends of the earth!

The organization Thomas currently works with focuses on training believers in local communities to plant churches that will reproduce and plant more churches. As they go out to train local believers in church planting methods, the trainees are required to then go out and teach others the same principles they learned, who will then be required to go and teach others also. It’s a multiplication model much like 2 Timothy 2:2: “…what you have heard from me in the presence of many witnesses entrust to faithful men, who will be able to teach others also.”

This ministry model that Thomas is now using has led to incredible results—results that we, as a field mobilization team, would have never imagined.

Thomas now travels all across Africa training pastors and leaders in church planting methods.
Through their efforts, the organization has been able to plant more than 2,300 churches in five different countries.
Of these churches, 44 are underground churches among the unreached in North Africa.
Each of these churches that were planted were accompanied with stories of miraculous healings and powerful demonstrations of the Holy Spirit!

As we reflect on these numbers and stories, we are truly humbled and in awe of God’s faithfulness and power. God introduced us to a key student who is now giving his life for the advancement of God’s kingdom among all nations and multiplying this vision into other believers. Through simple obedience, God allowed our team to be a part of Thomas’s mobilization journey, which has led to fruit beyond what we could have asked, imagined, or accomplished by our own efforts.

God truly delights in using the global church to accomplish His purpose and spread His name among the nations. Everyone has a role to play, and as we are obedient to His calling, He blesses the work of our hands for the glory of His name!