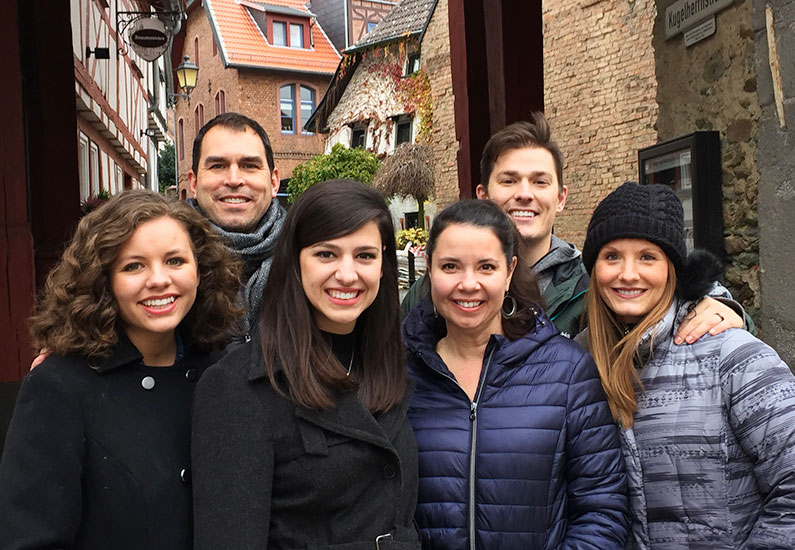 The world is in the midst of the greatest migration of Muslims in the last 100 years, and Europe, specifically Germany, is the destination for many of these refugees. They are coming from some of the most unreached areas in the world, such as Syria, Iran, Iraq, Turkey, and Afghanistan. Many of these Muslims are now disenchanted with Islam, and as they have the chance to exercise religious freedom for the first time, many of them are showing up at the church’s doorstep to learn about Jesus.

Every ministry leader we have met with agrees this is an unprecedented window of opportunity for reaching many unreached peoples with the gospel. The evangelical church, especially in Germany, is seizing the opportunity to reach these desperate people, but many more laborers are needed. Churches and ministries in the area have asked for the CMM’s help to raise up more World Christians to join in the work of reaching refugees with the gospel.

This fall we launched a new CMM team to Frankfurt, Germany to partner with existing efforts to regionally mobilize the European church. The team has already been invited to partner with several churches and ministries, including Africa Inland Mission. AIM has been planting churches among the unreached for more than 100 years and has invited our team to train and coach their mobilizers in three different European countries. Our team also will have the opportunity to train churches that want to welcome Arab Christians into their congregations and begin outreach efforts to refugees.

We are eager to join the work God is doing through His people in Europe to reach refugees and are humbled by His favor that has paved the way forward for our Germany team.