More Than Just a Degree 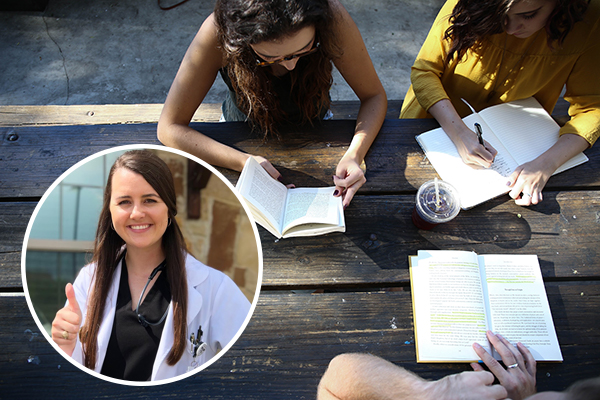 An American pre-med student dives into a world of seeking God’s heart for the nations, welcoming internationals, and using her skills to advance the Gospel to the ends of the earth

Jael was a pre-med student with a full schedule and very little time to dedicate elsewhere. Yet after she heard Tori, a CMM College Station staff member, speak about missions at an organization called Live Beyond (a Christian ministry to Haitians through medical care), Jael knew the Lord was leading her to be proactive about how to strategically pursue God’s missional heart even further. At the same time, Tori felt drawn to Jael and the Lord began to use this friendship as one of many ways to lead Jael even deeper into a life on mission.

Though Jael’s schedule was packed, Tori was faithful to pursue this young woman’s heart. As their friendship grew, Tori invited Jael to go through Xplore with her and, instead of making excuses about lack of time or more strenuous priorities common to student life, the two began meeting at 6 a.m. every week. Soon after, Jael began attending CMM College Station’s weekly missional community for students, where students gather to learn about and pray for the unreached.

As God revealed to Jael His desire for the world to know Him, as well as His plan to redeem people from every nation, tribe, people and language to Himself (Revelation 7:9), Jael continued to yield her heart and consume all she could learn. After completing the Xplore study and being a part of the CMM missional community group, she sought to learn more, which led her to enroll in an eight week course focused on God’s heart for all peoples. Despite still having the high pressures of her pre-med schedule, she then said yes to diving deeply into another student group with an intense focus on sharing the gospel with international students around College Station (many of whom are from some of the most unreached areas in the world). Jael now saw the world in a new light and there was no going back.

Knowing that Jael would soon head to physician’s assistant school, Tori connected her to her physician’s assistant, Sarah, to provide insight into her calling as a medical provider. Sarah helped Jael realize a vital role in missional involvement that can be done Stateside. Missionaries need support both abroad and at home. Sarah shared with Jael how she uses her skills, finances, and time to further His kingdom in ways such as volunteering for Perspectives, a 15-week course on missions, and providing necessary medications and vaccinations to missionaries. Jael is excited to one day imitate Sarah’s example of serving the Lord and the nations through medical work!

Before leaving College Station, Jael shared how significantly the Holy Spirit had softened her toward the nations. Jael counted Tori as an early influence in how much had changed in her heart during her final years of college. As she listed each step in her mobilization process, it was clear God had widened her view of His purpose, deepened her love for Him and His people, and led her to wholeheartedly embrace her role in His Great Commission. Jael not only grew in her knowledge of God’s mission but, more importantly, the application of that knowledge.

We often envision how God might use students’ lives once they graduate and become nurses, teachers, engineers, etc. “four years from now.” However, God views their time during their years in college as purposeful and strategic to bringing glory to Himself. He is changing students’ hearts around the globe to support missionaries, welcome internationals, pray for unreached people groups, go on short term trips, and mobilize others to do the same. Jael’s story is an example of God having purpose for her college years besides just the obtainment of her degree.

In the United States, three times a year, tens of thousands of Christian college students graduate and are sent out from campuses to cities around the globe. What a strategic opportunity to see God leverage students’ lives and educations for the sake of the gospel as He sends them out to the ends of the earth! Who knows? Maybe the mobilization of college students like Jael could be one of God’s greatest strategies in seeing the unreached of the world be reached with the Good News of the gospel!