A Case For Mobilization 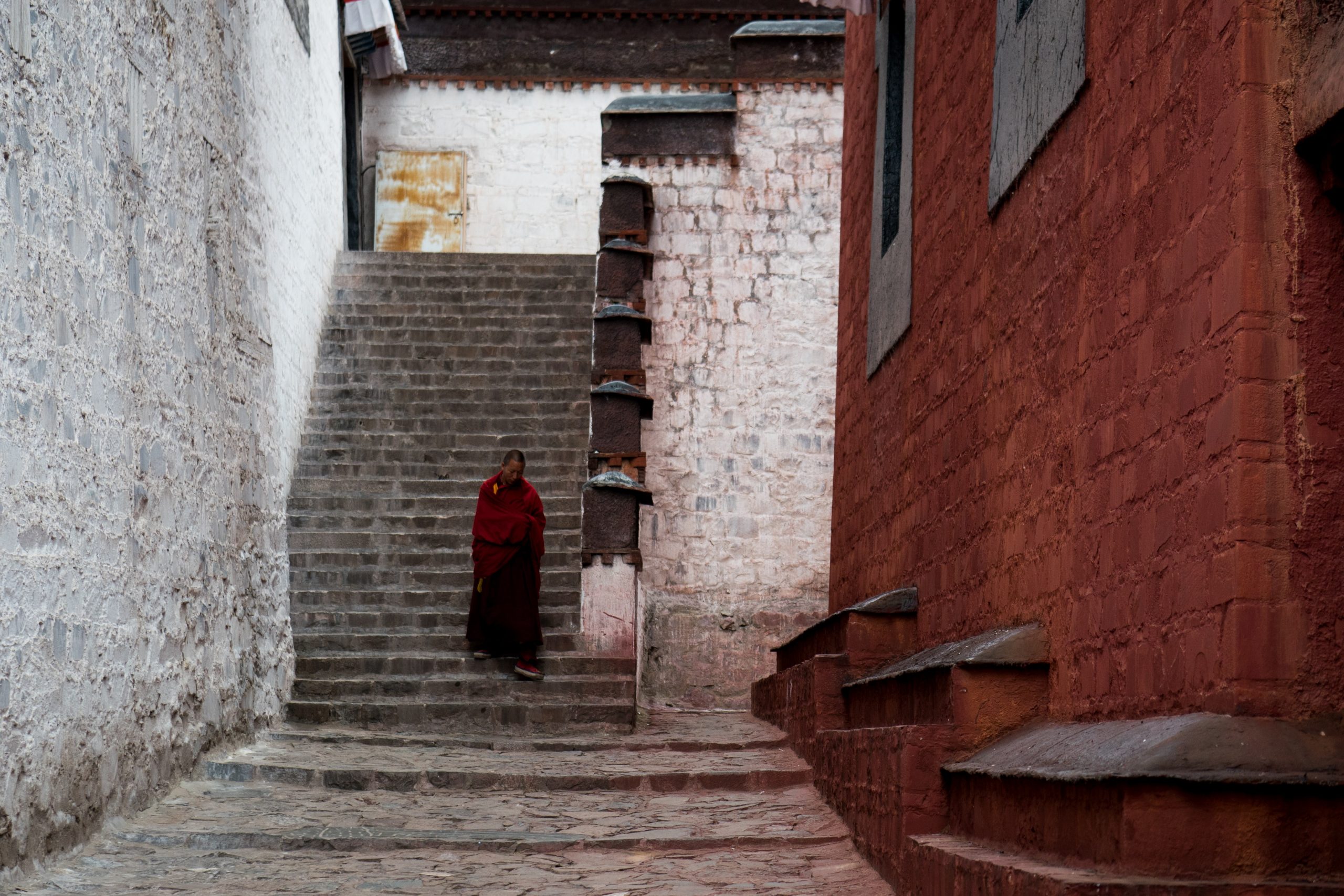 Why missions is dependent on a little-known group of people within the Church.

Pollster George Barna projected tens of thousands of U.S. churches would close their doors this decade, not because of low funds or programs, but because of lack of vision.[i] Not only are churches struggling with keeping their vision on Jesus, but more-so believers who choose to enter the mission field. From the moment someone first gains a World Christian vision to the time that person finally launches to the mission field is, on the average, seven years. If ongoing encouragement and practical discipleship are not incorporated into believer’s lives during those seven years, they typically lose their vision and passion for the unreached. This is why the late Donald McGavran, founder of Fuller School of World Missions, said in his article, A Giant Step, “Let us furiously organize frontier mission societies in every congregation of every denomination.”[iii] He was trying to show us the absolute necessity of people banding together to create, maintain, and follow through on their calling; and within the Body of Christ, the mobilizer is the one who can help orchestrate it all.

Daniel Shepherd is an example of a man who has been orchestrating for years by starting and developing Perspectives on the World Christian Movement courses throughout Korea—and, as a result, has seen many missionaries raised up from this great sending country. While in Korea, he developed dynamic small groups called “Pre-Candidate Fellowships” in order to coach and mentor goers, sending them to mission agencies spiritually and emotionally healthy and ready to launch to the field. He is now helping develop such fellowships in the United States. In spite of bright lights like Korea, the worldwide fact remains: “The harvest is plentiful, but the laborers are few” (Matthew 9:3, ESV) . Dr. Ralph Winter, founder of the Frontier Mission Fellowship, laments, “Here is a tragic fact: Only about one out of a hundred ‘missionary decisions’ results in actual career mission service. Why? Mainly because parents, friends, even pastors rarely encourage anyone to follow through on that kind of a decision.” Each year, no less than 200,000 sincere people contact one of the hundreds of established mission agencies in the U.S. asking for information about serving with that agency. The heartbreaking fact is that less than 1,000 of individuals will ever launch to the mission field. Why? Usually because is no one to nurture, guide, or equip them to walk them through the process. In other words, the workers are plentiful, but the mobilizers are few!

Phil Parshall, missionary and author, described mobilizers this way: “Someone must sound the rallying call. Those who desire to see others trained, prepared and released to ministry are known as mobilizers. Mobilizers stir other Christians to active concern for reaching the world. They coordinate efforts between senders, the local churches, sending agencies, and missionaries on the field. Mobilizers are absolutely essential.

Mobilizers stir other Christians to active concern for reaching the world. They coordinate efforts between senders, the local churches, sending agencies, and missionaries on the field. Mobilizers are essential.

To understand the role of mobilizers, we can think of World War II as a parallel. Only 10% of the American population went to the war. Of those, only 1% were actually in combat. However, for soldiers to be successful in their mission, the entire country had to be mobilized!”[v] What if the Body of Christ could be stirred to action in the same way Parshall describes America’s citizen’s total involvement in World War II? Who is going to stir the Church across the globe to engage with the 3.14 billion unreached people living on the earth? If not the mobilizers, then who?

Standing before a crowd of college students, Dr. Winter challenged them, saying, “Suppose I had a THOUSAND college seniors in front of me who asked me where they ought to go to make a maximum contribution to Christ’s global cause. What would I tell them? I would tell them to stay home and mobilize. ALL of them.”[viii] How in the world can this former missionary say this with conviction—trying to talk people into NOT BECOMING MISSIONARIES? Because the need for mobilization is so great. Wouldn’t it be far better to wake 100 sleeping firemen than to throw a single bucket of water on an inferno by yourself? This is not to say pioneer missionaries should no longer go to the field. But the reality is that others who remain need to wholeheartedly engage in mission mobilization. It can be difficult to persuade believers how essential mobilization is because many churches find it hard to understand the role of a mission mobilizer, and therefore are reluctant to help support them. Here’s how Wesley Tullis explains it: “Essentially, mobilization refers to any process by which God’s people are awakened and kept moving and growing until they find their place for strategic involvement in the task of completing world evangelization. Mobilizers are those who channel key resources, training, and vision for world evangelization to the Body of Christ. It has been said, that to improperly appreciate and support the role of the mobilizer is to seriously hinder the functions of the goer, sender, and welcomer.”

Mobilizers are those who channel key resources, training, and vision for world evangelization to the Body of Christ. It has been said, that to improperly appreciate and support the role of the mobilizer is to seriously hinder the functions of the goer, sender, and welcomer.

Mobilization is not exclusively focused on just raising up more cross-cultural missionaries. The ultimate objective is to invite, train, and connect every believer to their most strategic role in fulfilling the Great Commission, whatever role that may be! In the simplest terms, a mobilizer is any believer who invites, mentors and launches others into mission. While we definitely need to have people serving the Church in different ways, we must have a common focus on getting the message of gospel to those who have not yet heard.

Greg Parsons, Global Director for Frontier Ventures, shares his innovative thoughts on mission: “Mission mobilization is a strategic new category that churches are increasingly recognizing as key to their global outreach. It may not be in your church’s missions policy….yet, but it is becoming more and more understood by alert missions thinkers and strategizers. We are familiar with church planters, evangelists, student workers, theological educators, but a new, growing category may be the most important of all… the role of the missions mobilizer. It’s really not new, though. The Student Volunteer Movement (SVM) was probably the most effective mobilization effort in church history. Most historians agree that the two most significant people motivating the SVM were John R. Mott and Robert E. Speer, yet neither of them were ever missionaries on the field. Churches are now realizing that if you don’t have people who work at spreading vision here, you will probably never have many people who go to the field there! The struggle is that when churches get involved in sending missionaries out, they want them to hold important ‘roles.’ They use words like ‘overseas’ as if an ocean makes a difference, or ‘foreign field’ as if it needs to be far away, and front lines as if support personnel are not essential. They don’t recognize there must be key people here who will stir the troops, declaring, ‘This is what is left to be done. Now let’s go do it!’.”[X]

So how do we funnel effort and resources toward this strategic group of people called mobilizers? Most churches’ missions committees are primarily a group of decision makers, evaluating and choosing between mission needs and distributing funds accordingly. Many committees set up categories to help them make those choices. Usually they will give certain percentages toward local missions, regional missions, national missions and foreign missions. If mobilizers are “the forgotten key to world evangelization” according to Rick Wood, an editor for Mission Frontiers magazine, “then why is it not the number one giving priority?” He goes on to say that “…mobilization is the most critical ministry to completing the task of world evangelization, but it is also the most neglected and misunderstood of all ministries. Without aggressive mobilization we will not see the numbers of missionaries going to the field that are required to reach all unreached peoples.”[xi]

As the Body of Christ, we must prioritize our giving toward mobilizers and mission workers if we want to see the unreached have a chance at hearing of Jesus. We need to adjust our living habits toward a lifestyle of prayer, giving, welcoming and sending. We need to commit to new ways of thinking about mission and embrace and honor the role of mobilization within our churches. We must center our resources around supporting mobilization efforts and mission if we are to truly partner with Christ in taking His good news to the ends of the earth. May God give us the grace and the drive to enter into strategic mission toward the unreached. May we rise to its challenge of the Great Commission and celebrate its blessings: partnership with God Himself.

[xi] Wood, Rick. “The Frontier Mission Movement: What Do We Need to Move Forward?” Mission