Meet Mastewal: A mobilized lecturer whose passion ignited a city 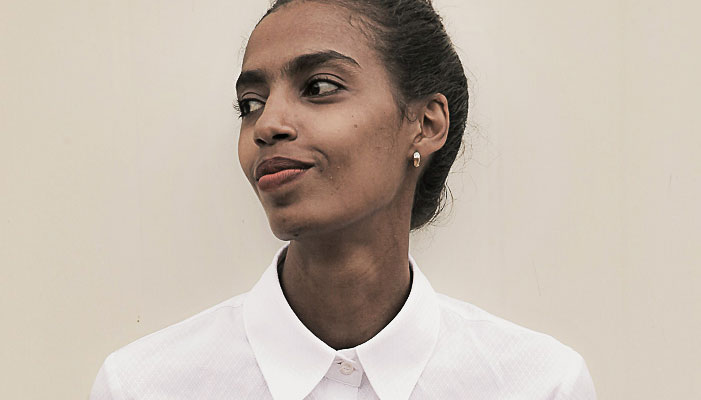 Northern Ethiopia, part of the 10/40 window of unreached people, is one of the most challenging areas for evangelical Christianity. Persecution and living ostracized from the society has been the story of believers in this area. But God is at work, and opportunities to hear the good news are growing for people living there. Partnership efforts between evangelical churches and mission organizations are raising up mobilizers who are catching God’s heart for the nations with a focus on reaching the unreached in northern Ethiopia.

One such multi-organization partnership is an intensive summer mobilization training program for college students at the Legetafo Training Center. The 40 day program is offered by Horn of Africa Evangelical Mission Engagers (HOAEME) in partnership with the CMM and EvaSUE (Evangelical Student Union of Ethiopia—InterVarsity in Ethiopia). EvaSUE’s broad reach of 40,000 evangelical students on 140 university campuses is the recruiting pool for the program. Over the past 5 years, Legetafo trainings have raised up hundreds of young leaders who are are now serving as full time mission mobilizers across Ethiopia. Plus, many of the trainees who have not become full time mobilizers have returned to their campuses or cities, igniting mission fires in their churches and workplaces.

One example is a female university lecturer by the name of Mastewal, who attended the Legetafo program in 2017. Afterward Matewal returned to her home church, Bahir Dar Meserete Kristos, with a vision of mobilizing her church for God’s mission. She began by leading her Bible study group through the Xplore study, and after finishing the study her group started supporting two missionaries working in the Gambela region among the Anugwak people group.

Mastewal’s passion for reaching the unreached continued to spread as she shared the Xplore study with the church’s youth group and started engaging her Christian work mates with mobilization. The mobilization wildfire that was spreading through Bahir Dar Meserete Kristos, led Mastewal to seek her church leadership’s support to offer the Kairos missions training course for pastors from other churches in Bahir Dar and nearby cities. Leaders from many churches attended the training for four days followed by a two day facilitators training.

Following the Kairos training, Mastewal taught a group to lead Xplore studies, leading to the formation of more than 13 new Xplore groups all over the area. As a result, many are catching God’s heart, a vision to reach nations, and supporting missionaries.

Currently Mastewal is developing a project to help mobilized church members live intentional missional lives by building bridges of love with families in need in their community. She continues to share the idea of mobilization, including its impacts on Meserete Kristos church with other Bahir Dar Evangelical churches, as well as facilitating Kairos and Xplore studies to mobilize the church community and college students.

God has started what may seem impossible in many churches, a rising up of His people for finishing the task of the Great Commission. We’re honored to be involved in fruitful partnerships which are sparking and fueling mission mobilization fires like the one Mastewal started in Bahir Dar Meserete Kristos Church. By God’s grace, may this fire continue to spread across the Church of Ethiopia!