Meet Di Laoshi: A Chinese believer faces her fears of other cultures 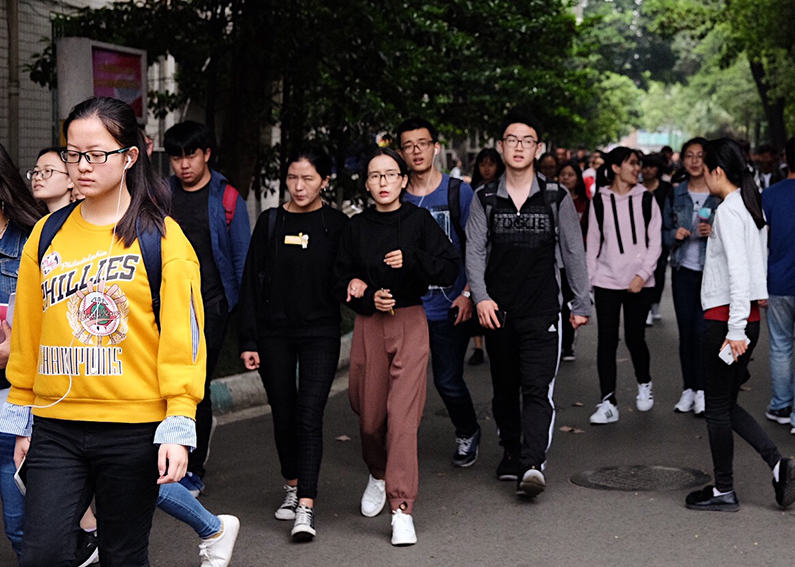 “I have to tell you what happened yesterday!” my teacher said as I sat down for our weekly Chinese class. Thursday was quickly becoming one of my favorite days, as I knew the moment I walked in the door she would have a story.

My teacher, Di Laoshi, was working through the Xplore study with some other teammates, and it was starting to shake things up in her life. After each Xplore lesson, she would come in with a simple, yet profound revelation and a practical step of obedience. At first, they were small: “I didn’t know there were so many unreached people in the world.” Or “it’s so amazing that God wants to use the Chinese church to grow his kingdom.”

But then one day, she came to me and said, “I’ve been going to the minority university to share the gospel every week after work for months now. But every time I see someone from a minority, I get so scared. I’m used to sharing with people who look like me.”

She continued to explain that Han people are not intimidating because she understands them and shares a cultural identity with them. But certain minorities, specifically rural mountain dwelling peoples from West China, have a reputation for being dangerous and hateful toward their Han counterparts. The cultural and racial clashes are very real and deeply ingrained.

“Yesterday I was praying,” she continued with a smile, “and I told God that I don’t want to be afraid because I know His love is for all people. Even the ones who are different from me.” Soon after her prayer, she saw a young Buddhist monk from the mountains robed in dark red and orange. He was walking across campus, directly toward her. The undeniable nudge in her spirit moved her toward him, and she approached him to share a story of how God had changed her life.

“I was shaking,” she said. “I was so afraid. But he smiled at me and said ‘thank you!’ Can you believe that? He was so kind and receiving. He didn’t even get mad that I was sharing with him about my God.” This encounter was the first of what became our Thursday storytime ritual.

The next Thursday, Di Laoshi came in with a joyful look on her face. “Tell me what happened on campus yesterday!” I said. She told me how she had faced her fear yet again, and this time she had asked God to send someone to approach her directly. A few minutes later, two minority women in traditional clothing with long black hair and rosy cheeks came to her and asked her for directions. She immediately recognized it as an opportunity and response to her prayer. So she asked the women if they needed prayer, explaining that she follows a God who is powerful, close, and hears the prayers of His children. She was able to pray and bless the women and send them on their way, their faces beaming.

These stories continued over the following weeks. Di Laoshi’s faith steadily grew as she saw God respond to the things He was teaching her about His heart for the Good News to reach all His creation. She was experiencing firsthand her own blindness being lifted. She was seeing people the way He sees them, and realizing that many of the minorities in this city have never even heard the name of Jesus and come from places that are hard to access.

Di Laoshi moved on to a new teaching job, and I lost contact with her for a season. Just a few weeks ago, one of our teammates got lunch with her to catch up. We were amazed and delighted to hear that she has mobilized her entire small group and that the six of them now go together to the minority university every week to share the gospel with minorities. Di Laoshi has multiplied her life and her vision into others, and together they are seeking to see God’s kingdom advance among the unreached in our city. We pray and believe this is only the beginning!