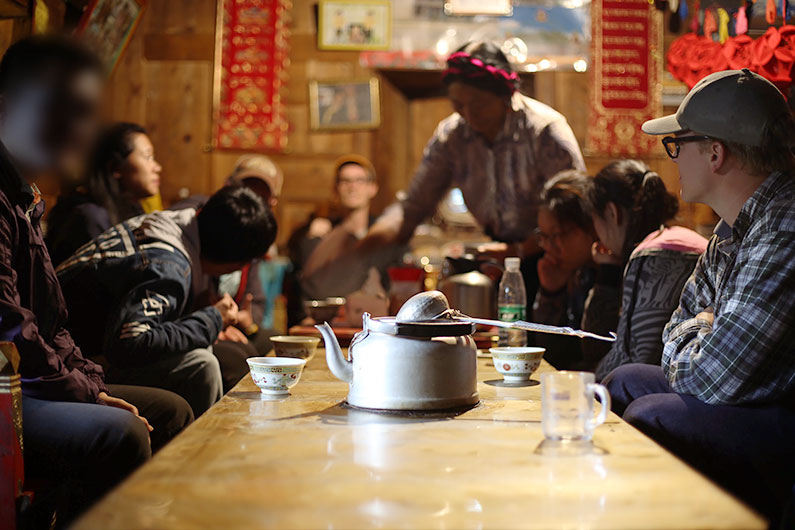 When Bri showed up to a university campus “English corner” one Friday night, she never anticipated the kind of connection that would come from this gathering. As a foreigner and native English speaker entering into a mass of eager Chinese college students, Bri prepared to be bombarded with questions. It was there that she met Cindy, a bright Chinese girl with impeccable English. As Cindy and Bri began talking, they quickly realized they were sisters in Christ.

That was the simple and unexpected beginning of what has become a key mobilization partnership for our team in China. Cindy’s house church consists of a small but passionate group of young believers. Most of them are college students or young professionals, and many of them are first generation believers. As Bri began to invest in Cindy and visit the weekly meeting, she developed relationships with the pastor and others in the fellowship. The more Bri shared her vision and heart for China to be a sending force to the nations, the more people wanted to learn. She often heard them comment, “We are young and immature.” But as she gathered a group of them to study Xplore, they began to realize that joining God in spreading the gospel is a simple, yet profound path toward spiritual maturity that God invites all believers into.

Last spring, our team led an Xplore study with the church leadership, and momentum for reaching the unreached continued to grow. Just weeks later, the church sent out their first cross-cultural missionary. On the day of the commissioning, CMM staff member Mark was able to preach on the roles of missionaries and senders. The entire church of young people pooled their resources to provide for the missionary they were launching, praying for him and sending him out with power.

Meanwhile, as our team was building relationships within this house church, they were also becoming connected with a group of missionaries who have labored for decades among an unreached people group of Himalayan Buddhists living in the western mountains of their province. These missionaries began sharing with our team the need for more missionaries to join in helping take the gospel to the many unreached people groups in the area—many of whom have no known mission effort reaching out to them.

This is exactly why the CMM is in China. The Chinese church is poised to become a major mission sending force to unreached groups like these Buddhists. After praying and planning, our team began plotting a course to help Cindy’s house church become more directly involved with the unreached.

Our team shared their vision with the pastor of Cindy’s church. God had already been faithfully working in her heart and given her the desire to see her church reproduced among the unreached. She immediately jumped on board. This summer, they took five of the church members on a vision trip to one of these unreached people groups. Though many of them had grown up in this province or lived there for years, these Chinese believers had never traveled so far west into the mountains. They were concerned about the altitude and sickness, and even fearful they wouldn’t be welcomed.

But once they reached the village, at an altitude of 13,000 feet, they were immediately welcomed by a woman who owned a local guesthouse and spent several hours with them. After prayer walking through the area and conversing with a monk in his home over yak butter tea, the group gained confidence these people weren’t so different and scary, but rather in desperate need of truth, just as they once were.

Our team prays that this is only the beginning of a movement of Han Chinese churches toward unreached peoples. The Chinese church has a unique and necessary role to play in God’s plan, and we are honored to play a role in mobilizing more Chinese laborers for the harvest.