Start knocking on doors: What to do when the unreached come to you 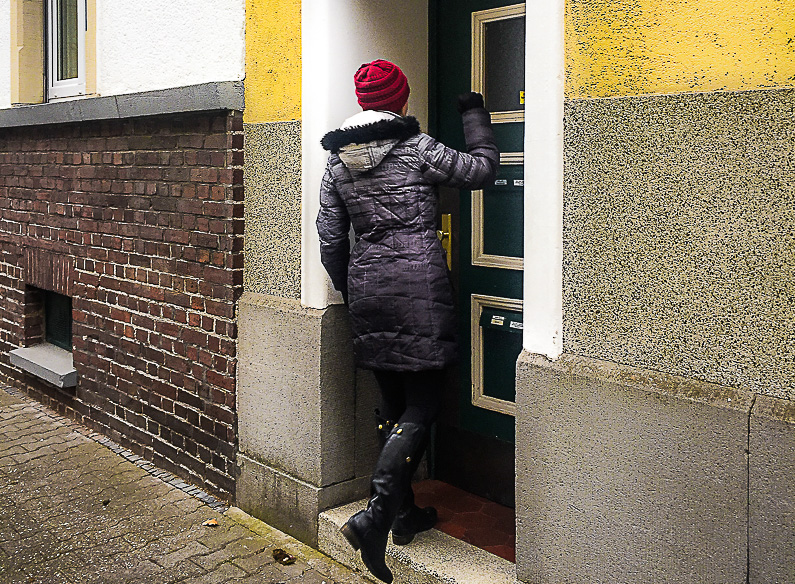 Zara is from an area of the Middle East where she never once encountered a Christian, church, or Bible, meaning she had no opportunity to hear the gospel while she lived in an unreached part of the world. She left everything in her home country to find a better life in Germany with her 4-year-old daughter. This decision was costly, and she feels unsafe and unstable in such a foreign culture.

After a year of living in Germany, Zara met a group of Americans in the city center. After talking with her, they gave her a Bible in her native language of Farsi. The stories she read about the God of the Bible greatly contrasted with her view of God in Islam. She kept going back to the city center to find the Americans who could help her make sense of their God. She never found them, but she continued reading and eventually started praying to this unknown God. As the year progressed, her fear grew so much she felt she could not bear the weight any longer.

A year later, another group of Americans came to Frankfurt to share the gospel with refugees by door-to-door evangelism. I had the opportunity to join them, but was apprehensive of such a bold approach, afraid that going from door to door might be too forward for these people who were still adjusting to a new culture.

Nevertheless, we split up into groups and started knocking on doors. But no one answered. No one opened their door to us. Discouraged, we knocked on the last door on the second story. Still no answer. We started discussing what to do next when we heard someone behind the door.

A woman cracked the door and began to whisper, because her little girl was asleep inside. It was Zara. She stepped outside to hear what we had to say.

As we talked, Zara began to tell us about meeting the Americans a year earlier. She told us how she had received a Bible and read it, but did not understand it. Then she said something that shook everyone.

“Up until a few days ago, I was praying to your God and said, ‘God if you are real you must show me. If not, I am ready to end my life. I cannot live like this any longer.’ A few days passed, and then all of you knocked on my door,” she shared. “I know this is from your God. He hears me.”

People like Zara are ready to respond to the gospel—but God chooses to partner with His church in reaching people like her with the gospel. He uses willing people, not perfect strategies to accomplish His purposes. Stories like Zara’s happen when God’s people say “yes” and join Him in His work. Pray for more Christians in Germany to be filled with Christ’s love for the refugees pouring into their country and welcome them with the hope of the gospel.