Her Eyes Fixed On A Prize 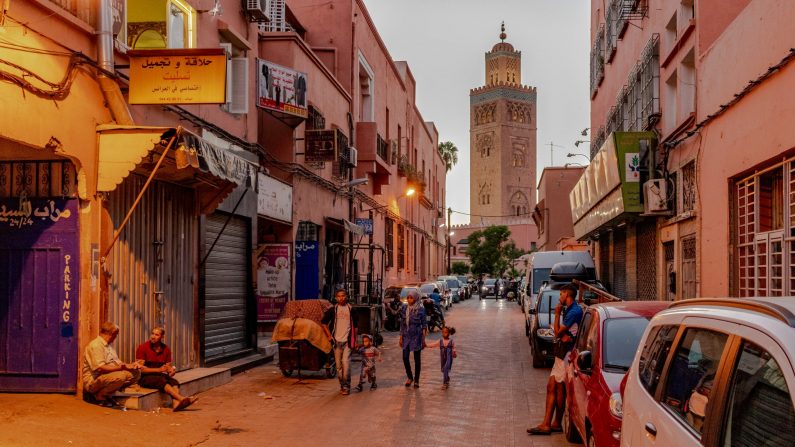 Luciana sets her sights on the unreached in Northern Africa.

Our team in Lima had the privilege of befriending *Luciana through their involvement in Perspectives. Luciana was initially invited to the Perspectives course by her mission’s pastor, *Mariah. Though she wasn’t familiar with the Perspectives course, Luciana was passionate about discovering her purpose in life, purpose she had been seeking since she began to follow Jesus in 2008; she hoped going through the Perspectives course could help her find it. However, the course did not turn out as she expected – it completely changed her perspective of God! Luciana discovered that God has a bigger purpose for his church revealed to us through the narrative of Genesis through Revelation, a purpose that He is going to fulfill Himself. He is on mission of redemption and was inviting Luciana to join Him in redeeming the nations to Himself. She asked herself, ‘Am I willing to be a part of this?’. She knew without a doubt her answer was “yes”. The Lord reminded her of how He had placed the country of Morocco specifically on her heart a few years ago while she was studying missions at the Andean Bible Seminary University in Lima; however, Luciana didn’t know anything about Morocco or what she needed to do about it.

A short while later, Luciana received an invitation to visit some friends South Africa. Luciana thought this would just be a simple sightseeing trip, but of course, God was working behind the scenes. She met *Pastor Philip who leads a church in Lima, and they began talking about her upcoming trip to South Africa and Pastor Philip shared his experience of visiting Morocco. After that conversation, all Luciana could think about was wanting to visit to Morocco while she was in Africa. She began to search flights and asked her ministry leader at church if he would be willing to reach out to his contacts in Northern Africa. Luciana was able to quickly connect with a mission agency in Morocco and everything started to align: the extra flight expenses were going to be within her budget and she was invited by a family of believers who were working in Morocco to stay with them. God kept saying to her, ‘Go. I will show you my will’  and shortly after, Luciana was on her flight.

For the first part of her trip, Luciana visited in South Africa. She stayed in the home of friends who recently planted a church composed of Latinos, and they quickly invited her to come work with them there. They said she could teach Spanish, study on a student visa, and that she could come live with their family. Luciana enjoyed their peaceful home and their neighborhood. It was a quiet place, clean and close to the natural beauty of South Africa. This was everything she always wanted in a home. It was a dream of hers that could be so easily fulfilled! Moving to South Africa appealed to her in every way. The days Luciana spent there passed quickly and her trip to Morocco was approaching. Luciana began to feel a vague sense of extreme discouragement. She didn’t know what to expect in Morocco or what purpose she could even find there. She felt drained and slightly foolish for having arranged a trip there. She began to pray through her hesitation and felt the Lord say to her again, ‘Go. I will show you my will.” Despite the uncertainty in her heart, she obeyed, packed her bags and got on her flight.

Immediately upon her arrival in Morocco, Luciana found herself being welcomed with open arms by Christian brothers and sisters who she had never met, although it felt as though she felt had known them for years. She felt a strange sense of peace as they took her around the city. The city’s environment- the sights, sounds and smells- were chaotic. Morocco had very little green space and the city felt dirty and loud to her, vastly different from her experience in South Africa. Luciana thought, “This place does not appeal to me. but this is about about the Lord’s desire, not mine.” She found a supernatural love growing in her for the people of that city as well as a deep burden for their redemption in Jesus. She immediately connected to the community of believers working there. She saw with her own eyes the need for Jesus to be known in a country composed of 99% Muslim. She found herself longing to live on mission there working among the Muslim unreached.

She found a supernatural love growing in her for the people of that city as well as a deep burden for their redemption through Jesus. She immediately connected to the community of believers working there. She saw with her own eyes the need for Jesus to be known in a country composed of 99% Muslim.

Luciana discovered she would be able teach Spanish classes in a local school, while simultaneously learning how to reach Muslims through guidance of the Christian community she would be a part of.  A big challenge for her would be obtaining a permanent Moroccan visa. She would have to leave the country every three months to renew her tourist visa, which is expensive and can be logistically challenging. After she returned from her week in Morocco, her prayer became that the Lord would provide a way for her to make North Africa her home. She currently is seeking a job teaching Spanish methodology in a Spanish school in Morocco, which would provide her an opportunity to obtain a good visa situation. If the Lord opens this door for her, she will know that God is planting her in that community to live on mission among the Muslim unreached.

Luciana is back in Lima and preparing herself to move to North Africa. In the meantime, she has joined the coordinating team for Perspectives and dedicates her time teaching as an exhibitor and mentor. She is learning the Spanish Teaching Method and learning everything she can about mission and working within different Muslim cultures. She stays connected with our CMM team in Lima as she is actively preparing a visa platform so that she can live and work among the unreached in
Morocco. Luciana has deep peace and joy knowing that “God’s purpose will be carried out through my willingness, in His perfect timing, as I keep my eyes on fixed on Him.”