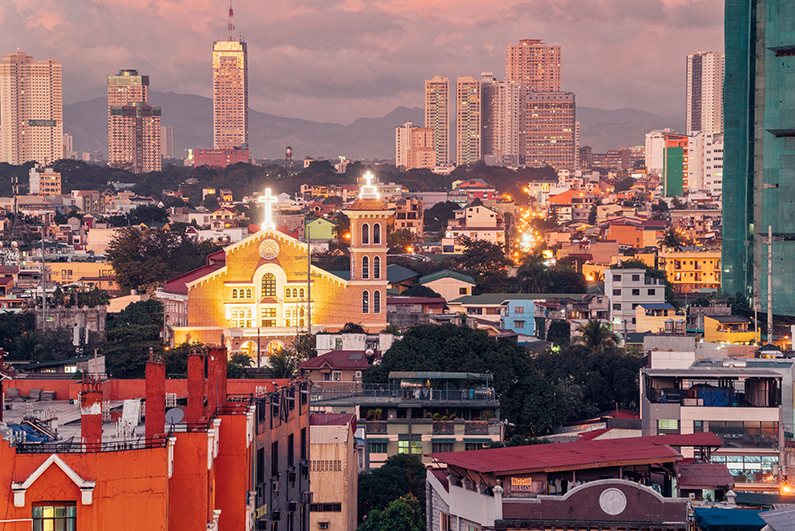 “We have the people to do this work. What we don’t have are the resources to mobilize them.”—Buddy Bartido, CMM Global Affiliate

Like many mobilizers, Buddy Bartido has a big vision for his country. With a vibrant evangelical community of 10 million Christians, the Philippines has access to 400 million unreached people. Government programs actually facilitate and encourage Filipinos to live and work abroad, in what has become known as the Filipino Diaspora. For Filipino Christians, this has become a popular mechanism to strategically place themselves near the unreached.

Buddy sees the vast impact the Filipino church can have throughout Southeast Asia and the rest of the world, and he is committed to seeing more Filipino missionaries sent to the unreached. As the executive director for Pioneers Philippines, a missions service provider in the Philippines, he has all the needed resources to plant churches. He is also a certified facilitator and coordinator for at least half a dozen missions courses, giving him a broad recruiting pool to urge people to join in God’s mission.

However, Buddy found he needed resources that were acutely focused on mission mobilization. He began looking for tools to help bring awareness of the urgency of the gospel message and infuse a passion for living out God’s heart for all nations. When he first discovered the Xplore study through the CMM website, he downloaded it and began using it as a mobilization tool. We connected with him to offer support and encouragement, and found in Buddy a like-minded mobilizer who shares our DNA to see mission to the unreached multiplied. Because of our shared vision and goals, we began a formal partnership with Buddy as a CMM Global Affiliate earlier this year.

Buddy’s vision was even bigger, and he began dreaming of a coalition of mobilizers all united around the common purpose of mobilizing the Filipino church to the unreached.

Leveraging Xplore as a mobilization tool within his own circles was soon not enough though. Buddy’s vision was even bigger, and he began dreaming of a coalition of mobilizers all united around the common purpose of mobilizing the Filipino church to the unreached.

This past summer, he founded the “Mob Project,” a national mobilization network for all Great Commission ministries in the Philippines. He launched this network with a one-day mobilization training, which he invited us to co-lead with him. The training welcomed mobilizers from at least 20 organizations and followed the CMM’s flexible mobilization training model, while also incorporating many of Buddy’s teaching and coaching techniques. It was filled to capacity and has already begun to multiply to other churches.

Buddy sees the Mob Project as a way to bless all the mission agencies in the Philippines, promote unity and collaboration, and help accelerate sending to the unreached.

As a partner of the Mob Project, TAP (Translators Association of the Philippines, an affiliate of the Wycliffe Global Alliance) has already offered to translate Xplore and Go Mobilize into the two primary languages of the Philippines. The translation of these resources will make them accessible to tens of thousands more believers. Buddy plans to raise support within the Mob Project to finance the translation and production of these resources.

The potential of Filipino Christians to advance the gospel in the unreached regions of the world is truly remarkable. Pray for Buddy as he leads the Mob Project, and that vision for the nations would continue to multiply within the Filipino church.