God Had Lit a Flame 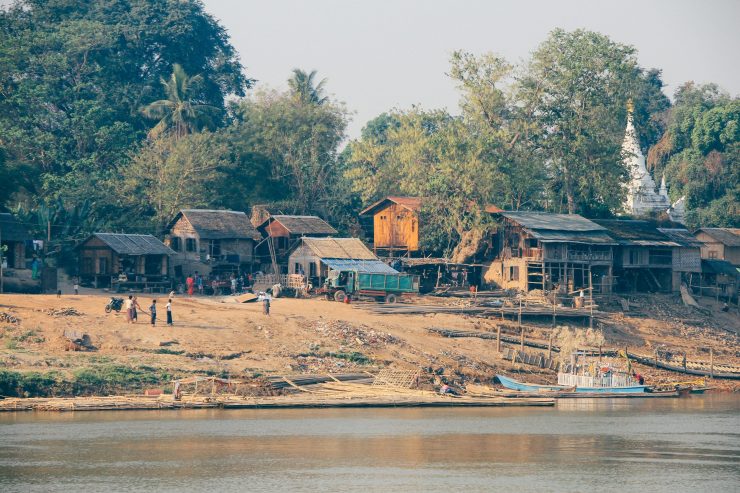 In 1812, when Adoniram and Anne Judson arrived in Myanmar (known then as Burma) as the first Caucasian missionaries sent from North America, there were no known believers in the entire country. By the time his task was completed 38 years later, there were almost 200,000 followers of Jesus in Myanmar. Today, there are over 1 million Christians in the Baptist denomination that Adoniram founded and 2.6 million Evangelicals scattered throughout the country. These followers of Jesus live surrounded by 50 unique people groups who have yet to be reached with the gospel. A remarkable opportunity lies at the front doorstep of the church in Myanmar.

In April of 2017, the CMM Southeast Asia team presented the first mobilization seminar in Myanmar. The training was held in a 3rd floor room in downtown Yangon. They shared about God’s heart for the nations, the current status of global mission work, the 5 habits that can define a world Christian, and the dynamic potential of mobilization. For all seventy pastors and ministry leaders crowded in that room, this was the first time they had ever heard of these mission concepts.

In the months following that training, the pastors and the mission’s director of the Evangelical Baptist Convention (EBC) had mobilized, trained and sent out thirty-eight of their own national missionaries. Furthermore, each of these new missionaries is focused on reaching different Unreached People Groups.

Pastor T* leads a church in Yangon that volunteered to host that initial mobilization seminar. While he sat there, he caught a new vision for mission and invited our team to return to Yangon and teach a course on mobilization at a Baptist seminary. Pastor T, as well as the other pastors and seminary leaders who were attending, told us that their understanding of missions expanded and deepened significantly during that course. Pastor T immediately afterwards put our team in touch with his friend “Kim”, the mission director for the EBC, who was happy to share some stories from their recent mobilization efforts. In addition to the 38 missionaries that had already been trained and recently mobilized from their denomination, there were currently 12 new missionaries being trained as church planters in another state! Our team was then invited to spend a week with these 12 men to help prepare them for launching to their prospective mission fields. Kim reports that he has since adjusted the focus of their entire denomination’s mission efforts to be intentional about reaching Unreached People Groups. Currently, there is a team translating the Xplore study into the Zomi Chin language to distribute to every church in the denomination. Additionally, Pastor T is translating Xplore into the Burmese language.

It was reported that in just six months, seventy-four Buddhists in northern Myanmar have become followers of Jesus and three new churches have been planted among unreached people groups.

It was reported that in just six months, seventy-four Buddhists in northern Myanmar have become followers of Jesus and three new churches have been planted among unreached people groups. New Bible translations are now underway to put the Word of God into the hands of brand new believers. As the church in Myanmar centers their efforts and resources on mobilizing their own, God is the one transforming hearts and making His name known among peoples that have never been reached with the gospel before!

God had already lit the flame of mission within Adoniram Judson and his wife, and in response to His calling, they sailed to Burma. Now, just within the last three years, we have witnessed the birth of the first mobilization movement from the church of Myanmar. They themselves carry the gospel, the “fire”, the hope of Jesus, to the far reaches of their borders. And still beyond.