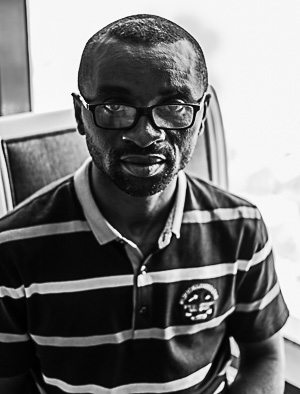 “Interacting with an unreached people was very edifying for me,” said Jerome after being led through Xplore and visiting an unreached tribe. “It gave me confidence and courage to serve the Lord. I no longer lament insignificant treasures, because now I see that there are those who are suffering more than me.” Jerome was a student at the Summer School of Missions, founded by Eraston, a CMM Global Affiliate in the Democratic Republic of the Congo. Eraston founded the school to mobilize Congolese believers to take the gospel into conflict zones and unreached areas throughout the war-torn country.

The median age of the DRC’s population is 19, and while Eraston believes it is strategic to mobilize these young people, he has also found that they are often intimidated by the violence and financial insecurity they face on the mission field in a country at war.

“This is due to the fact that both the church and its youth are lacking information and missionary training.” Eraston said.

To provide this necessary training, he started the Summer School of Missions, a multi-week hands-on intensive course on the biblical basis for mission that requires an in depth study of Xplore. The French translation of Xplore has provided Eraston with a platform to share God’s heart for the nations.

After leading a group of students through Xplore in just one week last summer, Eraston took the class to visit a nearby Pygmy tribe. The Pygmies have a long history of exploitation by outsiders, and are wary of missionaries. This sort of resistance, Eraston thought, would provide a great atmosphere for the students to learn to share the gospel outside their comfort zone.

“They needed to experience the cultural shock and other challenges that come with cross-cultural missions” he said.

The way there was not an easy one. After facing nearly impassible mud roads, car trouble and inclement weather that forced them to spend the night in a stranger’s house, the team finally arrived at the camp.

“The Lord was at work,” Eraston writes, “and seven Pygmies received Christ.”

Because the Pygmies tend to be hesitant toward people outside their communities, these seven new believers are in a unique position of influence among their people. Pray that these believers will share their new faith with their families, and ultimately mobilize Pygmy believers to go to the unreached!

Eraston believes that cross-cultural experiences like this one are important for students like Jerome. He will continue to use his missions school to introduce, equip, and send young Congolese believers to the unreached, even in the midst of conflict and war.

“The time has come for the Church to move out of its comfort zone” he said, “and bring the light of Christ to the other people of the Congo and then to the rest of the world.”