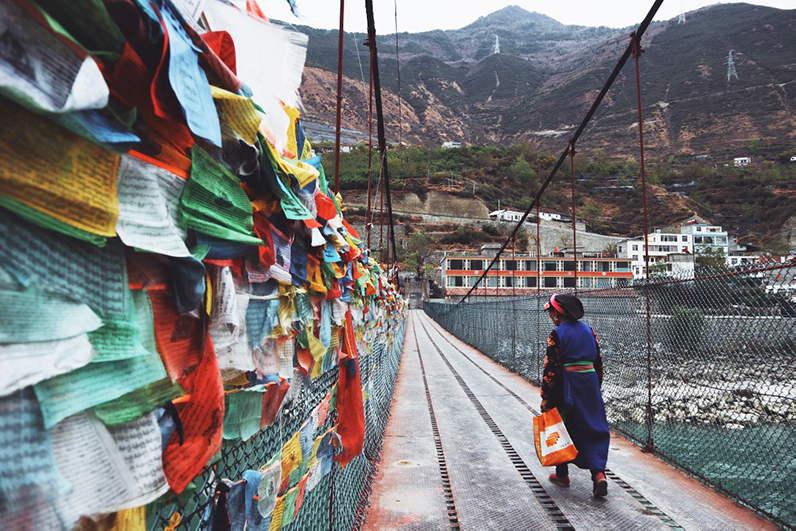 Deep in Western China, there are many places that are known as “zero regions.” This simply means that there is no known engagement with the Gospel in these places, with entire minority groups with their own cultures, languages, and beliefs in which no one knows anything about Jesus. On a long holiday weekend, my team and I invited a handful of local Chinese believers to travel with us out to one of these valley villages and spend time learning about and praying for the people there. Though we all had some reservations about the trip, we trusted God that He had great plans to reveal his global vision.

Most of our friends came into the trip with some nerves. They had never been to a place where they (Han Chinese) were the minority. Within China, there are many different people groups. The Chinese government only recognizes 56 of them, when in reality there are over 500. These people groups have different belief systems, languages, and cultures. In China, there is oppression and prejudice towards minority people groups.

Our friends who are Han Chinese (the majority people group) often have been taught their whole lives that the minority groups are dirty and dangerous people. It takes a lot for them to unlearn these beliefs. Therefore, it took a lot of bravery to even say yes to joining us on this trip.

We set out on our journey with very few expectations because we had no clue what the place was going to be like. We prayed on the way for safety and for the Lord to provide a place for us to sleep during the couple of nights we were there. China is pretty unpredictable, so it wasn’t a guarantee that this city would have hotels or hostels. We hit the road with only a little bit of intel from friends who have been mapping out these regions… essentially we were told: “Drive towards (City name redacted for security) and right before you get there, fork to the right and go north!”

After several hours of driving through valleys with towering mountains and small dusty villages on each side, we finally arrived at our destination. We were all a bit skeptical, but after roaming the main road for a while, we found a place to eat lunch and a hotel to host us.

On one of the mornings of the trip, we visited a local Buddhist temple. We weren’t sure what we would find upon arrival, but we knew we wanted to see if we could learn more about the spiritual climate of this area, the people groups, etc. Who better to talk to than the local spiritual leader- the temple monk?

An older man wrapped in orange and rust-colored robes greeted us at the entrance. The temple, like all in this part of the world, was elaborate and colorful. He took our group on a tour and patiently answered questions, explained different rituals, and shared about the spiritual life of the community. Colorfully-dressed grandmas walked in circles around large prayer wheels, chanting and rubbing beads between their fingers. Incense burned in a metal vat. Huge idols towered in the inner sanctuary and sacrificial gifts of Pepsi and yogurt sat at their feet.

The Chinese believers were mesmerized. None of them knew anything about Tibetan Buddhism, and later confessed it was extremely different than the apathetic Buddhism their families practice once a year. They were also shocked by the kindness and warmth of the people. They weren’t scared, and it surprised them.

As we debriefed and prayed in the car, staring out at a 24,000 ft. snow-covered mountain in the distance, the girls confessed their longing for these people to know Jesus.

As we debriefed and prayed in the car, staring out at a 24,000 ft. snow-covered mountain in the distance, the girls confessed their longing for these people to know Jesus. We wrestled together over the barriers. We wrestled over the things that were beautiful and the things that were deceptive and deadly. We talked about the barriers to these people knowing the Gospel, like their devotion to their religion and the deep belief that they are blessed.

These wrestlings are good; they are a necessary part of the process and lead us to a place of intercession. That afternoon we sat looking over the mountains and reading passages of Scripture that the Holy Spirit led us to, making declarations and “doing battle” for this tiny town and people God created and loved.

Later in the evening, I asked one of the girls if she could ever live in a place like that in an effort to give people the opportunity to know Jesus.

“Before, I never thought I could,” she answered. “But maybe God is changing me… I am open.” That’s all we can hope for. And we trust He will keep opening hearts.

It is important for us to not fear those we are trying to reach, but instead to understand them. Part of going and reaching these people groups that have never heard is learning them and their way of life. It was an honor to be with these friends of mine as they humbled themselves to learn about a culture and religion different than their own.

This is one of the most important parts of the mobilization process: breaking down societal and cultural walls and seeking to see people who are different from us as God sees them.

We were very impacted by how our local friends took what they learned from this trip and immediately applied it to their lives. One of our friends is a language teacher, and upon getting back to the city, she applied for a job to teach at the minority university (something she says she would have never considered a year ago). Another friend, who is in medical school, was offered an opportunity to go to South Asia on a medical mission trip this summer. She told me, “It did not take much time for me to say yes to this trip, because this is God’s heart!”

Pray with us as we see more Chinese believers gain a vision for engaging those who are unreached within China and the surrounding areas. The Chinese church is large and capable of being a vibrant force in furthering God’s Kingdom around the world!