Chinese missionaries are the missing link 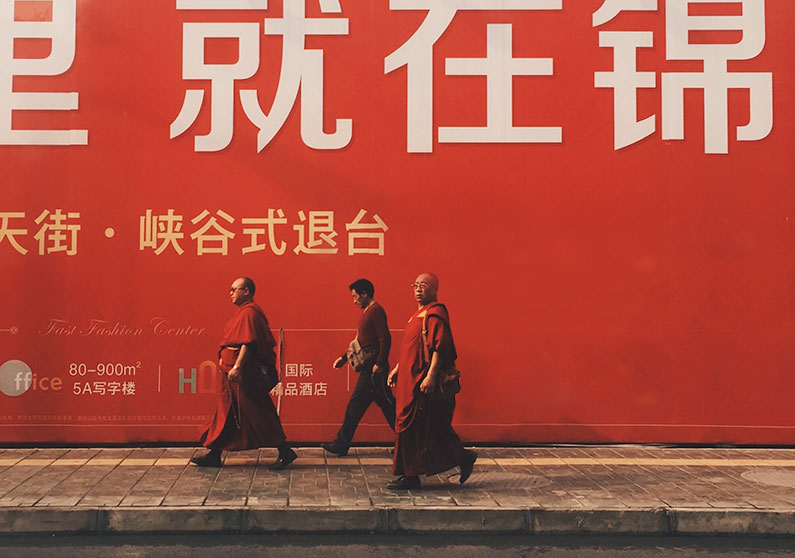 The towering mountains of southwest China are home to thousands of Himalayan Buddhists. Flat-roofed village homes nestle in the lush green river valleys below, and on the outskirts of town, yak herders live in tent dwellings as they have for thousands of years. In this remote region, where many Buddhists have never heard the good news of Jesus, God is moving in surprising ways.

In one such village of 70,000 people, a Buddhist temple gleams white in the sun. Overhead, strings of colorful prayer flags flutter in the breeze. Large Buddhist prayer wheels line the outside walls, awaiting worshippers who will spin the wheels in hopes of gaining merit. In the monastery, young boys live together as monks-in-training. They receive a basic education, as well as training in Buddhist scripture and practices like meditation.

The man in charge of their education is called a Living Buddha, who is highly respected by the people and has great spiritual power and authority in the community. For more than 20 years, a Western missionary team has made yearly trips to visit this Living Buddha and build a relationship with him and others in the village. As their friendship developed over time, the Living Buddha began to trust this group of missionaries. Although they have shared the gospel with him, he has never professed faith in Jesus.

But a couple years ago, this Living Buddha made the surprising announcement that he wanted the 300 monks under his tutelage to become Christian. He requested that his monks be trained in the Bible, English, Mandarin Chinese, health, and math. So at his request and under his authority, the first training class was held in a nearby city.

This first-of-its-kind class was birthed in partnership between the CMM China team, Chinese house churches, and several other mission organizations. Our team had already been building relationships with Chinese Christians, sharing about the role of every believer in the Great Commission. They saw it as a chance for these Chinese believers to engage face to face with one of the most unreached people groups on earth, and began mobilizing and recruiting Chinese believers to participate in leading the Bible classes.

The young monks traveled by bus to the city and stayed with a house church for their month of classes. CMM Chinese staff member Li Hua and others taught the young monks, along with Chinese believers. During this time, the monks heard and retold dozens of Bible stories orally, as is their customary learning style.

At the end of the training, one monk named Chodak seemed to make a profession of faith in Jesus. This past summer when the missionary team visited Chodak’s village, they discovered that he was indeed following Jesus and had left the Buddhist monastery. Rather than being upset, the Living Buddha was pleased with his monk’s decision.

But Chodak is the only follower of Jesus in his whole village. He has no one to disciple him. The missionaries and our team are praying together for Chinese believers who will move there to disciple Chodak and continue reaching out with the gospel until more Buddhists begin coming to Christ.

Time after time, veteran missionary workers have noted that mobilizing Chinese believers to take the reins in engaging China’s unreached is the “missing link” to help reach villages like Chodak’s and the other nearly 450 unreached people groups remaining in China.