Breaking the norms to build up the kingdom 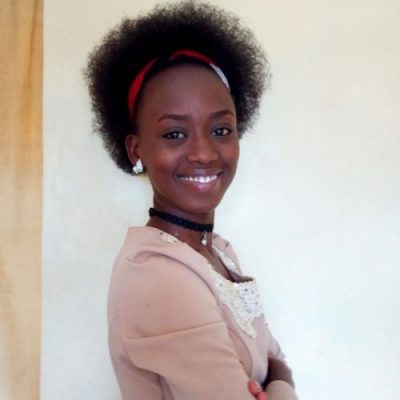 In Kenya, it is easy for a student to get stuck in the “cycle of life.” As young adults, Kenyans are expected to get good grades in school so that they can go to a good university, make good grades, get a good job, make a lot of money and provide for their family. Their children are then expected to repeat this cycle, and so on. These very same expectations were upon Alice Kalunda, but she had a passion to build up God’s kingdom through missions.

When we first met Alice, she was a junior at Kenyatta University studying world religions. She had a heart for missions, but life and societal pressures discouraged her from pursuing that calling. Instead, she wanted to study world religions in order to serve as a teacher in local schools throughout Kenya. Because Alice had this passion for missions, she was really excited to meet missionaries from America.

We were able to take Alice and her friends through the Xplore study, and it was like she was seeing the world for the first time. She was overwhelmed with some of the things she was learning. She had no clue there were people in the world who have never heard about Jesus. Before the Xplore study, she read the Bible as a random collection of stories with her at the center, instead of reading it as as one story, with one theme: the glory of God filling the earth! All of this information was so exciting for her that she started gathering all her friends to learn these same things. We were overwhelmed with how many people she was inviting to go through an Xplore study.

Eventually, we told Alice we’d like for her to start leading her own Xplore studies. As we trained Alice to lead students through Xplore, we could see that she was growing tremendously in Christ, and we could see that missional spirit in her come alive again. This was especially true after we took Alice to a mosque for the first time.

As a world religions student, Alice was terrified of Muslims. There is this false misconception in Kenya that all Muslims are bad, mean, or even terrorists. Alice fully believed this misconception, so when we presented the idea of going to share the gospel with a Muslim, she was hesitant because of fear. The day we decided to take a visit to the mosque, Alice came trembling. She was physically and visibly trembling because of fear. At that moment, we took her by the hand, confessed our fears, prayed together, and set out for our mosque visit.

The men and women are separated in the mosque, so we did not see her the whole time we were inside. We got together after the visit to hear about her experience. She came out a totally different person. She was glowing, full of joy. This was not because of the message delivered in the mosque that day, but because she now saw Muslims the way God sees them. Her heart was full of joy and love toward Muslims. For the first time in her life, she saw Muslims as real people just like herself. She saw the passion Muslims have to know God, yet how they miss the grace of God offered to us in Jesus Christ. God has placed a burden on her heart to share Christ with Muslims around us.

Since that moment, Alice looked to break out of the cycle of life and fully commit to living for the advancement of God’s kingdom! Alice started leading prayer walks in the Muslim area of Nairobi, and during one of these walks they had the opportunity to lead a Muslim woman to Christ! Alice joined a local discipleship ministry here in Nairobi, in which she had to raise her own support. Initially, support raising was met with the same fear she faced when she first went to the mosque. We were able to walk alongside Alice and teach her how to raise the support she needed, and by God’s grace she was able to raise it!

As Alice was breaking out of the typical cycle of life, her efforts were met with resistance from those closest to her; her family and friends. Through God’s strength and grace, she continued to follow Jesus. The most encouraging part of Alice’s story is that everything we teach her, she is faithful to teach others. As a staff member of LIFE Ministries, Alice now travels from campus to campus teaching other students on the biblical basis of missions and encourages them to get involved. She is training students on how to share the gospel with Muslims and boldly leading exposure trips to local mosques. She is even training new staff members on how to raise support!

As part of the field staff here in Nairobi, we pray that God will continue to radically alter the course of life for many young adults for the glory of His name among all nations. Just like He did with Alice Kalunda.