A Small And Willing Yes 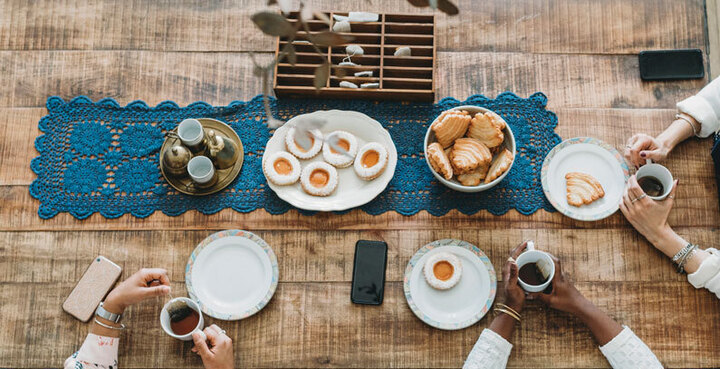 On a chilly Sunday in December, Rebekah stood at the door of her church in Frankfurt, Germany. As she welcomed people in, a young woman named Lydia came bounding through the door with a big grin on her face. Rebekah immediately wanted to become friends. As Rebekah talked to Lydia after church, she recognized in her a passion for God and a willingness to find her role in His Kingdom. Rebekah had been planning a week-long trip to Lesvos, Greece to volunteer in the largest refugee camp in Europe. Every person she had invited so far to go with her said no. Rebekah decided to ask Lydia to go with her, even though they still didn’t know each other well. Lydia said yes immediately. They planned to work with refugees in Lesvos and serve a women’s shelter there. Rebekah had led a similar trip there 6 months prior and felt confident that this experience would be enriching for both of them.

Within a few hours after the women arrived on the small island, Turkey suddenly decided to break the Turkey-EU agreement. Normally, Lesvos receives and processes anywhere from 30 to 100 refugees daily, people fleeing from Syria, Afghanistan and Pakistan, all crossing the 8 kilometer strip of  the Mediterranean that separates Turkey from Greece in old inflatable rafts. That particular day, within hours of Turkey breaking the agreement, Lesvos saw over 1,000 people arrive on its shore. Refugees flooded the island and overwhelmed the volunteer stations. The situation turned desperate and dangerous. Staff members rushed the three women to a volunteer’s home and told to keep quiet and pray. The streets quickly filled with enraged Greek citizens who began rioting, infuriated at Turkey for abandoning their agreement to help manage the refugee crisis. Rioting and protests on the island went on for three days. Rebekah and Lydia were forced to stay locked inside the home where they subsisted off only a meager handful of snacks a volunteer had found for them. They stayed calm. They prayed. They fasted. They pleaded with God and asked Him to calm the situation on Lesvos so that they could help the refugees living there. The evening of the third day, the decision was made by most NGOs on the island to evacuate the volunteers because of the unrest and the two friends were forced to leave for Athens with almost all of the long term volunteers. In Athens, Rebekah was able to contact several refugee centers there where they would be able to serve for the remaining week of their trip. Though their personal impact during their time in Greece was minimal to none, Lydia and Rebekah realized God had shown them a unique glimpse into what refugees live through every single day: displacement, hunger, fear of violence, and uncertainty of the future.

Though they felt their personal impact in Greece was minimal to none, Lydia and Rebekah realized God had shown them a unique glimpse into what refugees live through every single day: displacement, hunger, fear of violence, and uncertainty of the future.

Before her experience in Lesvos, Lydia had never met a single refugee. She soon discovered that many refugee families were living in Germany with similar struggles as the refugees she met in Greece. Days after Lydia returned to her home in Frankfurt, Covid-19 lockdowns were enforced throughout Europe. All refugee camps in Germany closed to volunteers. Although Lydia’s desire to connect with local refugees was put on hold, she committed to use the time in lockdown to pray and ask God to bring refugee families into her life as soon as Germany lifted the lockdowns. Lydia and Rebekah met together every Thursday morning for months to pray for the refugees in Lesvos and the ones living in Germany. As restrictions began to lift in Frankfurt, Lydia connected with an Afghani woman, Fatima. Fatima has just arrived in Frankfurt along with her four young children and a fifth on the way. She had come to Germany as a refugee to reunite with her husband who was already living there. However, shortly after Fatima settled in Frankfurt’s refugee camp, her husband suddenly died. Lydia and Rebekah visited Fatima, now a widow, frightened and overwhelmed with grief and had just delivered her baby only days before. At first, Rebekah accompanied Lydia each time they visited Fatima, helping Lydia navigate different cultural aspects of the family and the best ways to help them. A month went by and Lydia had gained enough confidence to spend time with Fatima and the children without Rebekah. She began meeting up with the family every week. She played with the kids in the park to give Fatima much needed rest. She went on bike rides with the kids, took them on walks, helped them with their German language studies and homework. She had tea with them. She took the family around Frankfurt and hosted picnics in a park near their refugee camp, sharing German food with them and them sharing Afghani food with her. They shared stories. Lydia embraced Fatima’s family with her whole heart.

Months went by and the toll of constantly meeting the needs of Fatima’s family left Lydia completely exhausted. She cared deeply about this Afghani family but they required most of her time and effort. The language barrier and cultural differences often made their friendship even more of a challenge. Lydia told Rebekah how exhausted she felt and Rebekah recognized the problem: Fatima and her family needed help with almost everything. Their needs were far too much for Lydia alone to shoulder. Rebekah saw that mobilizing the people in their local church was going to be critical. Everyone in their church community, not just Lydia, needed to see the needs of unreached God had put before them and begin welcoming them. Rebekah explained how she had taken Lydia through a process of learning to welcome. It had begun with Rebekah inviting Lydia to Greece. Lydia was able to see firsthand the plight of the refugees there and understand their need. Next, Rebekah had spent time with Lydia praying for opportunities to meet refugees in Frankfurt. Then, Rebekah helped Lydia learn practical ways of welcoming Fatima and her family. For months, Rebekah had intentionally shaped Lydia into a “welcomer”, all the while cultivating the love God had already placed in Lydia’s heart for the unreached. “I helped you so that you could welcome this family” she told Lydia. “If we can both help the believers in our community see that they have a role to play in God’s mission, we can bring together a whole team of people who can love and serve Fatima’s family, and welcome many others just like them living in Frankfurt.”

“If we can both help the believers in our community see that they have a role to play in God’s mission, we can bring together a whole team of people who can love and serve Fatima’s family, and welcome families just like them living in Frankfurt.”

Lydia immediately caught the vision of mobilizing others to welcome. She and Rebekah began mentoring several friends in in welcoming. Lydia became a major advocate in her church for welcoming the unreached. Now, because of her influence, people in her church community have begun consistently serving Fatima’s family and other refugee families living in Frankfurt. They have even invited them into their church. Lydia has grown into someone who not only practices welcoming as a lifestyle, but now is mobilizing others to welcome the unreached living in Frankfurt.

I think most of us would be shocked to find out how close we live to the unreached. War, displacement and need has brought unreached peoples right to our doorstep. Sometimes it takes a trip somewhere else to find out that the same situation exists down our street, our neighborhood, our city. Sometimes all it takes is a friend inviting us to go with them to meet someone and have tea.  Jesus invites us, every man, woman and child who loves him into His redemptive mission. He asks for our small and willing yes so that people who have never had hope can see it and taste it for the first time- through us. What we have to do is be willing, like Lydia. Say yes to that first meeting. Or that first trip. Or that first picnic. Or maybe just that first cup of tea.